Japan, a homogeneous country seemingly cut off from the world for most of its history, is a modern advanced nation. You will find energetic cities, mountains of beauty and disparate islands.

Starting point is Tokyo, probably the most organized and livable megalopolis in the world. Both tradition and modernity encapsulated in the architecture and city layout rebuilt after earthquakes and fires.

Whisk yourself to Kobe or Nagoya via the bullet trains. Be sure to include mountain resorts and take in the Japanese penchant for spas and nature.

Most importantly, stop and take a photo of Mount Fuji, one of Japan’s most iconic images.

Pin it for later 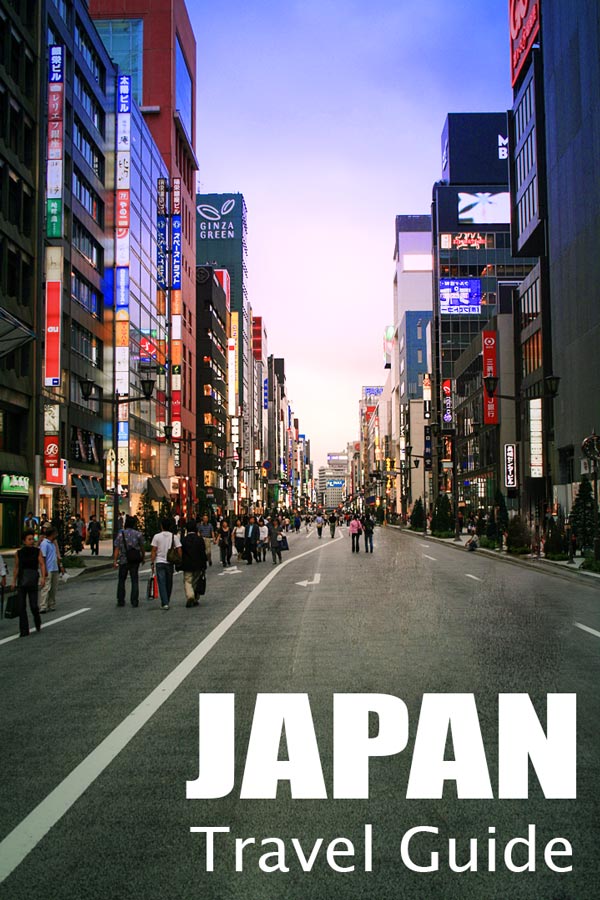 Top Things to See and Do in Japan

Tokyo area is the largest metropolis in the world and a study in urban development. Big yet orderly, easy to get around and offering up so many tantalizing options, it will be the host of the 2020 Summer Olympic games. Must see are the Imperial Palace, Meiji Shrine or the temples at Asakusa. At the Tsukiji Fish Market, arrive at 5:00 AM to witness the unloading and auctioning of the catch of the day. Go shopping in the famous Akihabara, “Electric Town” district for electronic goods and Shibuya for high fashion.

Sapporo, the biggest city on the island of Hokkaido is famous for holding the 1972 Winter Olympics, some 2002 World Cup games as well as it’s winter festival. Visit the oldest building in the city, the Clock Tower, or Odori Park, stretching 15 blocks. Do take a tour of the Sapporo beer museum or head to the hills for some of Japan’s best skiing.

Kyoto, former imperial capital of Japan, is a major city west of Tokyo where a clash of history meets modernity. Do visit the Imperial Palace or Sento Imperial Palace for a sense of how royalty lived in Japan. With over 100 Buddhist temples, a favorite to see is Kinkaku-ji or Temple of the Golden Pavilion with its beautiful gardens and traditional Japanese architecture.

Cherry Blossoms marks the point that spring has arrived. All over Japan, you can witness cherry and plum trees blooming from late February to beginning of May. News broadcast segments highlights the blooms as it crosses the country.

Mount Fuji, the tallest mountain in Japan is visible from Tokyo on clear days. One can climb to the top if adventurous and in season, else one can walk many of the lower trails, visit the Fuji Five lakes and Murayama Sengen Jinja temple.

Osaka, the third largest metropolitan area is known as the “nation’s kitchen”, formerly being the center of the rice trade. Be sure to visit Tsutenkaku tower to get a view of the city. Various museums are good bets like Osaka Museum of History and Peace Museum or check out the Sumo Spring Grand Tournament for sumo wrestling.

Hiroshima, the city known for the atomic bomb, is a modern cosmopolitan place. One will visit the Peace Memorial Park with more than 50 memorials and statues to signify the horrific event. Do visit Hiroshima Castle and Gokoku Shrine in Chuo Park and if you’re into automobiles, Mazda Museum, as Mazda’s corporate headquarters reside here.

Shinkansen, known in English as the bullet train, is the high speed rail network in Japan. The trains run up to 200 mph (320km/h) and can reach most areas of the country.

Kabuki theatre is a traditional dance drama with performers in heavy make-up. You can catch a play at one of the theaters in Tokyo, Kyoto and Osaka.

Kobe beef, famous for flavor, tenderness and well marbled texture, is a delicacy. The cattle are raised to strict rules. What better place to sample than at a steakhouse in Japan.