This is how the road trip from Texas to Las Vegas is. This post is about the first day. Here you can check out day 2

TEXAS AND NEW MEXICO, USA
We drove from Austin, the capital of Texas, to Albuquerque, state of New Mexico, via Roswell in NM

Beautiful landscapes in Texas, UFO’s and fun in New Mexico

We had the idea of driving from Texas to Las Vegas because we wanted to experience the central region of the USA. We had just moved to Texas a few months earlier and everything was new. Do you know when you hear city names on TV and you have no idea what they mean or represent? Let’s say, if you are in Los Angeles and hear “Beverly Hills”, you normally get a really good picture in your mind or at least know where it’s located. We had arrived in this gigantic state of Texas, the biggest in the continental US, and we were eager to know our surroundings.

We had already done another road trip – from Los Angeles to Calgary, Canada – twice: in 2007 and 2010. Both were amazing experiences which allowed me to visit every single state on the West Coast and along the Rockies. Now the goal was to experience a good part of the Southwest.

Planning was easy. Google Maps indicated it would be a close to 19 hour-long trip, so we basically identified the middle for a stop. We ended up deciding driving a little further west until Albuquerque, New Mexico just so that we could have more frequent/longer stops on the second day, in Arizona. As the purpose of the trip was to attend a broadcast industry event, the NAB Show, the trip was not just for fun. We had a schedule to follow. If not, I’d suggest doing it in 3 days, so that you can better enjoy the cities in between.

Here in Texas, there are several toll roads, mainly around Austin. As the total time would only increase by 15 min if we chose alternative routes, that’s what we ended up doing.

This was our route on the first day. The highlighted points correspond to the cities shown in the video:

The city refers to itself as “the heart of Texas”. It is indeed the closest to the geographical center of the state. There’s not much to do, it’s just a small town with a few historic constructions.

This is one of the biggest cities in the west of Texas, with almost 100k people. Here it was nice to visit the Old Town with its beautiful historical constructions. Everything was very charming. In a next opportunity, I guess I’d even enjoy spending a night here just so that I could walk around. I saw the Concho river at a distance, but online I saw some gorgeous pictures of a nice park along this river. I should go back… San Angelo was an important military basis in the second half of the 19th century.

From San Angelo on you start seeing more and more oil rigs. Many! All over! You can even smell the oil and gas. Close to Lamesa, the windmills appear in the scene. And what a beautiful scene! You see the vast land full of windmills until where your eyes can reach. There’s not much in Lamesa though to justify a stop. 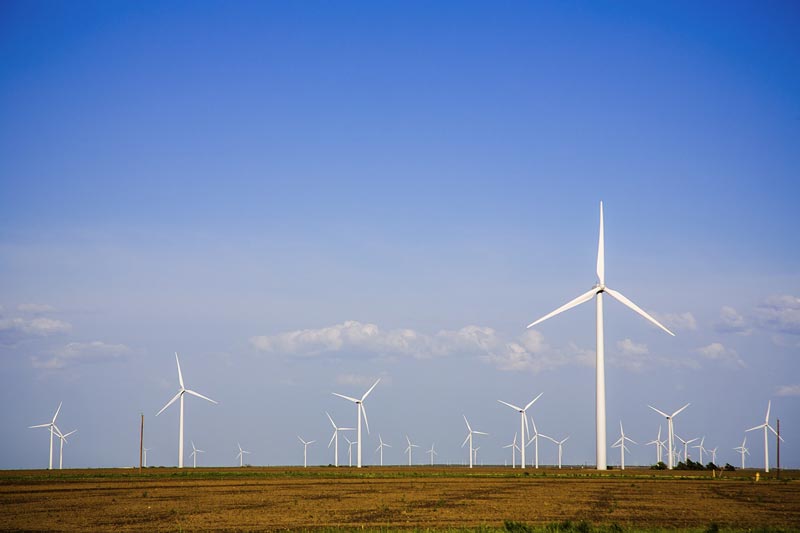 (I took this picture on the way back, close to Lubbock – slightly different route, a little faster)

This might be the smallest town I’ve ever seen in my life, as it has a total area of 1.2 square miles (3.1 km2)! And guess what? It has an airport! Of course, it doesn’t fit within the official city limits, but it belongs to the city… You can just keep going.

Roswell was the main reason we chose this route. You can also drive through Lubbock to reach Albuquerque, and actually, the trip is slightly faster. But you wouldn’t experience Roswell! Many years ago I saw a documentary about aliens in Roswell and that stayed in my mind. Many people swear a flying saucer carrying some ET’s fell down there. The story has never been proved. The government at first confirmed but then denied.

The episode grew during the Cold War, at a time the world was split between the fear of a World War 3 and the excitement for the space discoveries. But until today the topic is kind of a tabu. In the 90s, the series Star Trek: Deep Space Nine (inspired by the traditional Star Trek) referred to the episode and concluded for the general disappointment that the unidentified flying object was indeed a weather balloon.

Roswell nevertheless became famous and associated with aliens. On the road, when you’re getting close, you start seeing 80s like UFO related signs and props. When you arrive you realize the theme is all over. The road crosses the city and right on Main Street, you can see the unusual decor and the UFO Museum. 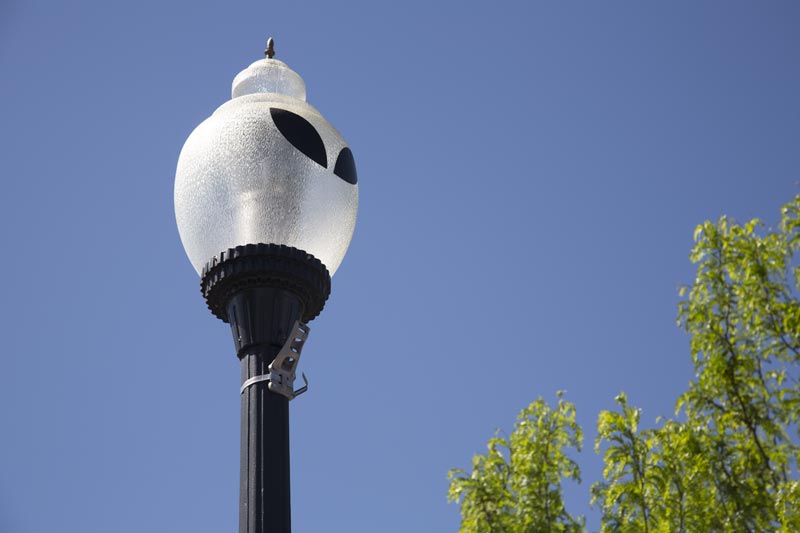 The museum brings a lot of written information, a lot of newspaper articles. It’s a must go place if you want to study the events. But it is a little dated and it lacks interactivity. Entrance fee is $5. Right at the entrance, there’s a world map where you can highlight your hometown. I can’t believe I was the first person from Rio de Janeiro to stop by!

Between Roswell and Albuquerque, there are only very small towns like Vaughn. Nothing major, you can keep driving.

Shortly before reaching Albuquerque you take the I-40 coming from northern Texas. This freeway parallels or overlays parts of the historic Route 66, and you see lots of signs indicating that. But I’ll explain in more details in the story about the second day, as we drove on this road for 90% of the time. 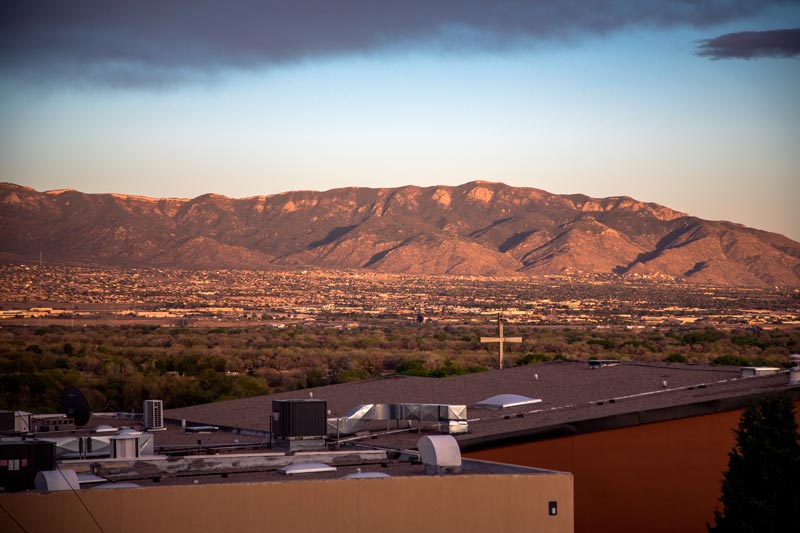 The first day on the road

Considerations for next time

Are you enjoying it so far? Pin this post! 🙂

Now check out the second part of this trip!