A presidential library and museum in the U.S. does more than just honor a president. It also presents the entire context of the presidency at a national and international level. In Austin, it really helps to understand a lot about Lyndon Johnson that you don’t learn at school.

AUSTIN, TEXAS, USA
Austin is the capital of the state of Texas, in the United States

Did you know that in the USA former Presidents have a library and museum in their honor? It’s almost a century old tradition, which started with Herbert Hoover (President between 1929-1933). For every new term, a new space is created in some American city. The purpose is to join documents and remember important facts and figures which highlighted former administrations.

This week, in celebration of #MuseumWeek, several bloggers around the world are posting about their favorite museums and organizing a Tweet-up. We, from the Brazilian Network of Travel Bloggers (RBBV in Portuguese), have also jumped in.

As I live in Austin, Texas I chose to show you guys one of the main museums in town. The LBJ Library is normally referred to as a “library”, but it’s actually both a library and a museum. It contains 45 million pages of historical documents related to Lyndon Baines Johnson’s public life. He governed the United States between 1963 and the beginning of 1969.

He is one of the four people in history to have served as a Representative, a Senator, Vice President and President.

Internationally, Lyndon Johnson became negatively associated with the Vietnam war (which went from 1955 to 1975). He inherited the war from previous Presidents, and it probably represented the biggest defeat ever in US history, resulting in main changes in the country’s foreign policies.

But Americans also see him differently, as LBJ was directly responsible for the most important social changes in recent US history. He created laws to confirm civil rights in a moment when African-Americans, led by Martin Luther King Jr, were fighting for equality (a time-period well depicted by the movie Selma). This social aspect is certainly what attracts me most. Growing up in South America we learn that the 60s were synonym with Beatles and military dictatorships. In school and as a young adult I had no idea that that decade was also very turbulent in the United States.

In addition to that, LBJ was the main responsible for changes in the immigration laws. Thanks to him I was granted a work visa when I moved here! Up to that point, 70% of immigrants were mainly from Ireland, England, and Germany, as previous administrations focused on maintaining the USA a “white country”. With the change, professional qualifications and ties to US citizens became more important in the application process.

A visit to the LBJ Library and Museum takes you to a time when inequality was even more evident. This brings a lot of thoughts about the positive changes occurred in the last decades but also about points out how much further we as a society still need to go.

Highlights of the Lyndon Baines Johnson Library and Museum

Here you have unprecedented access to several phone conversations between the former President and other politicians, his wife (Lady Bird Johnson, who played an important role in environmental causes), Jackie Kennedy (JFK’s widow – LBJ was JFK’s Vice-President and took office after his assassination), and important figures in the 60s, like Martin Luther King Jr.

Lyndon Johnson really liked a phone call! He used to spend a good part of the day negotiating laws and getting details about several occurrences. I was impressed to learn that he wanted to know EVERY detail. I heard a call when he was informed about an explosion and was given the name of the street where it occurred, the perpetrator, etc. I never thought Presidents have the time for all this. It’s only a shame that everything is in English only. It would be nice to see subtitles for these calls also in other languages so that more international visitors could enjoy.

Lyndon Johnson was very well-known for the “Johnson treatment”. As he was very tall and had a strong personality, he used to physically intimidate other politicians, especially when he wanted to pass laws in the Congress. Hence the famous picture…

Visually, it’s nice to see the replica of the Oval Office in the White House decorated exactly as during his government, in addition to his original limousine.

It is also worth highlighting the importance of space research at that time, which culminated with the moon landing a few months after the end of Lyndon Johnson’s term. During the Cold War, both the USA and the USSR feared a nuclear war could culminate with the destruction of the planet. Hence the reason why they did not measure efforts to explore the space.

Civil Rights and the Vietnam War

As expected, the largest sectors are dedicated to the fight for civil rights and the Vietnam War. They even have some real calls the president received about the status of American troops. After hearing the arguments, visitors can vote and check results. I participated in a poll on retaliation in Vietnam, and the majority of the opinions coincided with the President’s decision: retaliate after an attack. But the museum also showcases the criticism he received. There are details on the various demonstrations against the war that took place mainly in universities.

Important Information to Plan your Visit

The app needs internet, but there is free and fast wi-fi inside the building. Besides being cheaper, the download is worth it as it comes with other videos and phone conversations which you can enjoy at a later time. The audio-guide is a plus, and if you don’t get it, your visit will still perfectly make sense. You will just need to read the information provided.

Other Presidential Museums in the USA

There are 13 Presidential Libraries and Museums in the USA, which belong to the National Archives. Some presidents before Herbert Hoover also have their own Museums/Libraries, which are managed by private entities or local governments. Abraham Lincoln’s Library and Museum, for instance, belongs to the state of Illinois. Here you can check the detailed list of all Presidential Libraries in the United States. 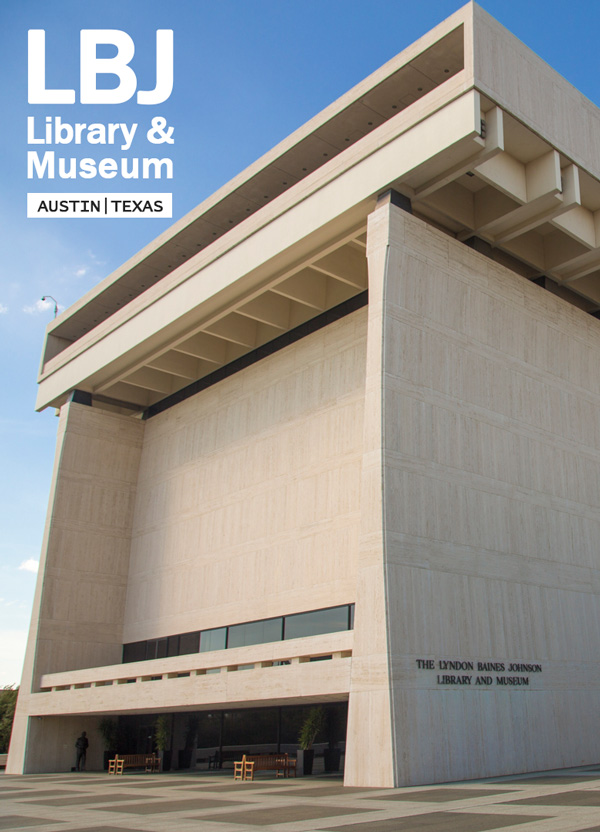 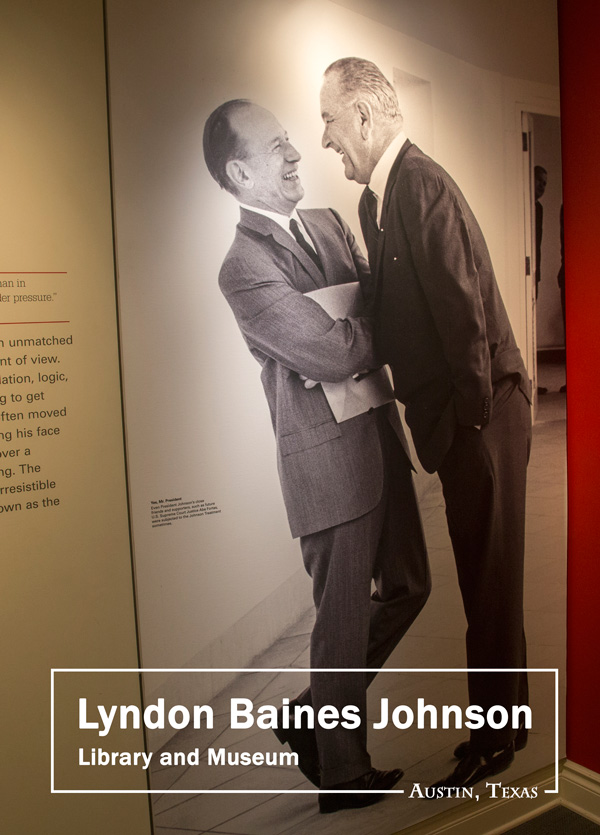 Note: As a journalist, my visit to the LBJ Library and Museum was coordinated with their Communications Department, which does not involve the purchase of tickets. However, all impressions described in the text and video are related to my own experience and represent my opinion