Leblon… the neighborhood you will fall in love while visiting Rio de Janeiro!

RIO DE JANEIRO, BRAZIL
Rio de Janeiro is the the former capital of Brazil and the most famous city in the country

Internationally, few people have ever heard of Leblon. When I mention “Rio de Janeiro”, they normally think of Copacabana or Corcovado, if anything. Cariocas (those who are born in Rio) know its true value though.

The area has never been so attractive. Those that aren’t there want to get in, and those who are will not leave. It’s the Beverly Hills of Latin America, but in less than 15% of the total area occupied by the California city. And that’s what makes Leblon so exclusive.

Leblon is a neighborhood located next to Ipanema. You probably at least heard the song “Girl from Ipanema” performed by Frank Sinatra and Tom Jobim?

Well, Ipanema is indeed that trendy place where not only girls but every teenager and young adult wants to hang out. The beach is vibrant with hundreds of people every time of the day either getting a tan or exercising in their bathing suits. And the community has great bars, restaurants and condos which are hot places to see and be seen. 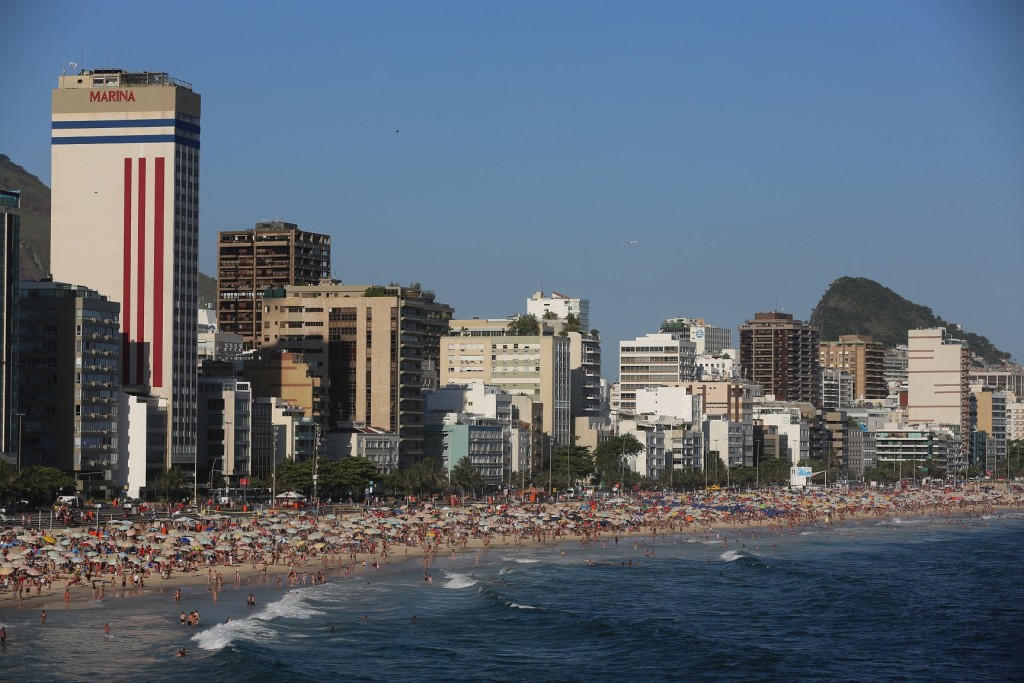 For decades Leblon never had the same hype. It had always been the quiet place down the beach squeezed in the 2.15 km2 (0.83 sq mi) between Ipanema, Lagoa, Gávea, Vidigal and the ocean. Traditionally it has always been the family type of neighborhood, where everybody knows each other, kids go to the same schools and their parents to the same clubs, the same stores and the same beach. Until it started being constantly featured in the most famous Brazilian soap operas (soaps are huge in the country. Everybody watches and talks about them everywhere, especially at work!).

Coincidence or not, the fact is that Leblon has suddenly exploded in the late 2000s. At the same time the whole country of Brazil experienced a boom in the economy, but in Leblon the effect became much more evident. Prices in general went through the roof: a rent for a 2-3 bedroom condo jumped from 1000-1200 reais (U$ 370-440) to 5000-6000 reais (US$ 1850-2200). The price of meals, clothes, goods and entertainment in general have doubled in about 8 years (which is of course way above inflation). Every real estate owner in Leblon is now considered a millionaire, as nothing costs less than 1 million. So much so that the neighborhood is regarded as having the most expensive price per residential square meter/square footage in Latin America, rivaling Manhatan. 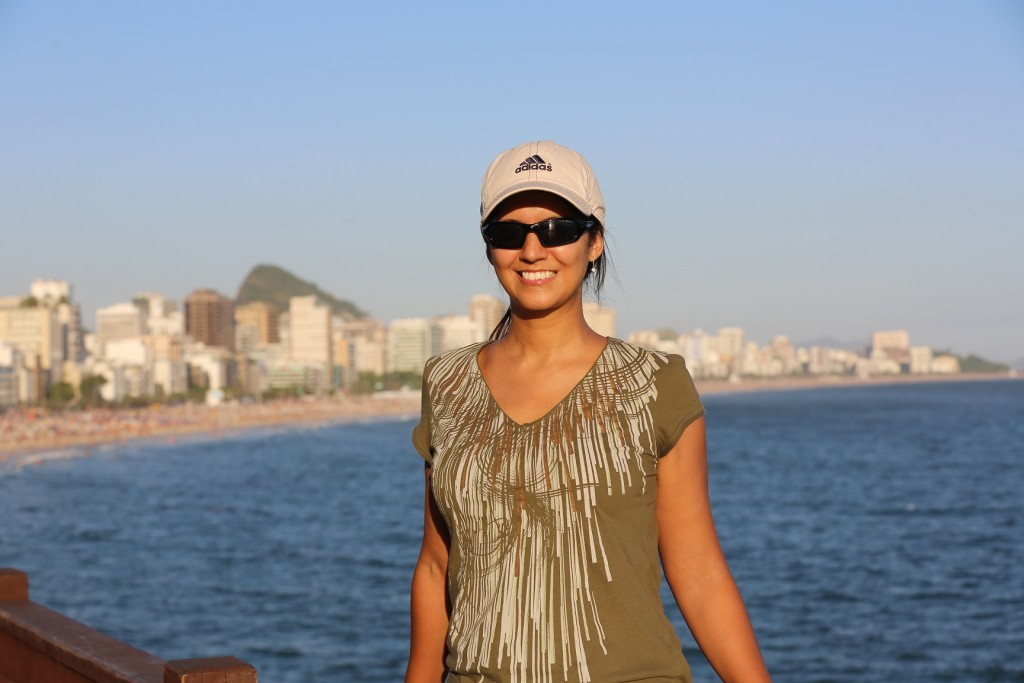 I lived in Leblon both before and after the boom. Some of the people and the businesses remain the same, others couldn’t afford the new days. But it still preserves the small town feeling. I remember that I used to get back from work and park the car on Fridays and only take it out of the garage again on Mondays. On weekends it was amazing to walk in the neighborhood and just get things done. Everything is within walking distance – from the groceries to the top restaurants. Unfortunately there are very few hotels in the area (2 if I’m not mistaken!), but at Airbnb you can find great vacation rental properties and if you are on a budget, that’s where some of the best hostels are located.

The beach doesn’t have the same hype around it as Ipanema, and that’s what makes it so good. There’s more space on the sand! But seriously, on some weekends there may only be a few inches between you and your beach neighbor (which is still better than the constantly crowded Ipanema). 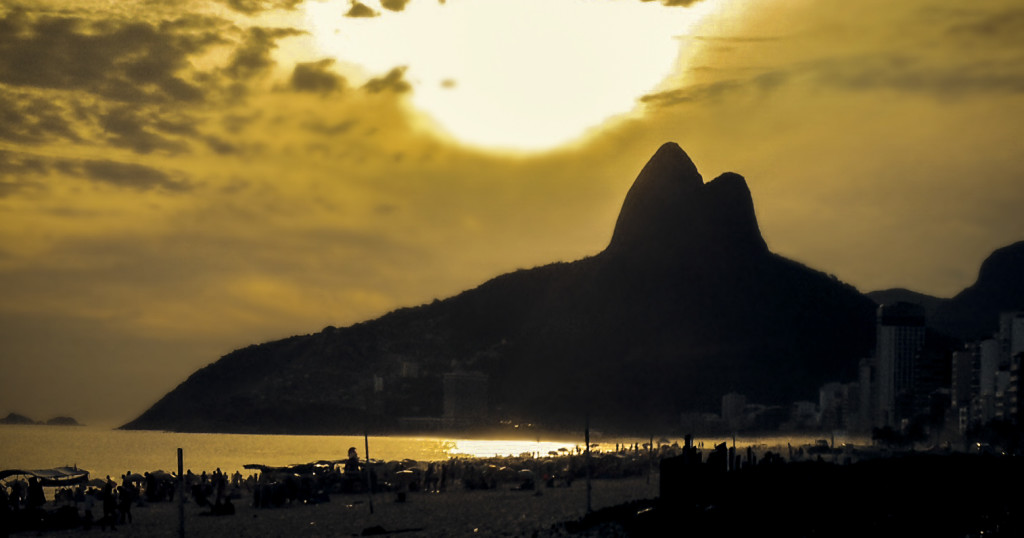 The reason I love Leblon is also due to the convenience of being located in between opposite major areas of Rio: facing the ocean, to the left you have Ipanema, Copacabana, Lagoa and downtown, and to the right you go to Barra da Tijuca and the awesome west side beaches. I may also be biased as it was in this neighborhood that I met my Canadian husband… 🙂 After living in Los Angeles for several years, in 2010 we moved to Rio. Of course Leblon was the number one option on his list of places to live. Today that we’re back in the USA, Leblon is now his number one option if one day we decide buying a vacation condo. That’s why every week I buy a lottery ticket.

This website uses cookies to improve your experience while you navigate through the website. Out of these, the cookies that are categorized as necessary are stored on your browser as they are essential for the working of basic functionalities of the website. We also use third-party cookies that help us analyze and understand how you use this website. These cookies will be stored in your browser only with your consent. You also have the option to opt-out of these cookies. But opting out of some of these cookies may affect your browsing experience.
Necessary Always Enabled

Any cookies that may not be particularly necessary for the website to function and is used specifically to collect user personal data via analytics, ads, other embedded contents are termed as non-necessary cookies. It is mandatory to procure user consent prior to running these cookies on your website.