It was not in our plans to visit Panama City, but as we were already there, why not? 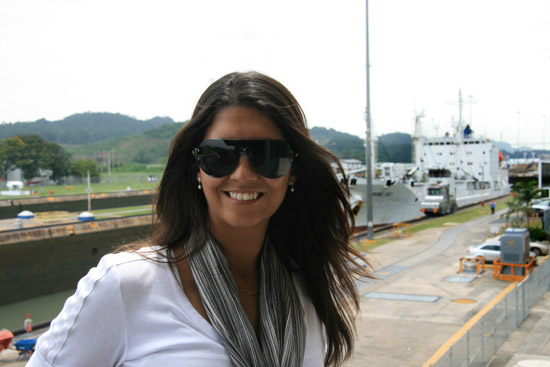 Let me explain. We were traveling from Los Angeles to Rio de Janeiro. Copa Airlines has a flight which is almost in a straight line L.A-Rio, with a stop in Panama City. The total flying time is 12 hours, which is slightly less compared to when you go via Atlanta (Delta), Houston or Washington DC (United), Miami (American), Charlotte (US Airways) or New York  (Tam, United & American). The problem is that the waiting time between one flight and another is 10 hours! I have taken this route several times, and it’s a pain to walk around the airport to kill time. But that day we were feeling adventurous.

We always looked for tours at the airport which could take us to Panama City, but the travel stand is always closed. Go figure… They even have promotional brochures on the countertop, with rides costing around $70. Although it could be a good option (as we wanted to make sure we’d be back in time for the flight) we always avoided further investigating because as we have carry-ons, it would not be that fun to bring them everywhere.

But this time we had a better idea: rent a car. So everything would be in the trunk, and we would probably spend just half that amount. It was one of the best things we did. How come we didn’t think of that before? We rented a car with a GPS and started driving around, discovering the city *. It was surprising to see a number of oceanfront high-rises! In a certain way, it reminded me of Shanghai or Hong Kong. Then we headed to the Panama Canal, and it was quite a surprise to find out how huge it actually is!

I thought the Panama Canal was only one lock, but there are so many! Naive me… In total, eight hours for each boat or ship to go from the Atlantic (via the Caribbean Sea) to the Pacific and vice versa. Not because it is far, but because of how the locks work. All of them, regardless of their size, must wait for the waters to go up and down, as the Atlantic and the Pacific oceans have different levels. The locks are big enough (33.5 m/110 ft wide) to fit big vessels, which also increase the time for the whole operation. Upgrades are on the way and should be done in the next few years.

The Panama Canal was actually built by Americans. It was a 10-year construction which finished in 1914, and the USA managed the area until December 1999. I actually remember when the canal returned to Panama on January 1st, 2000. For Panamanians there were 2 celebrations that day: the world was not over and they regained full control of their territory. 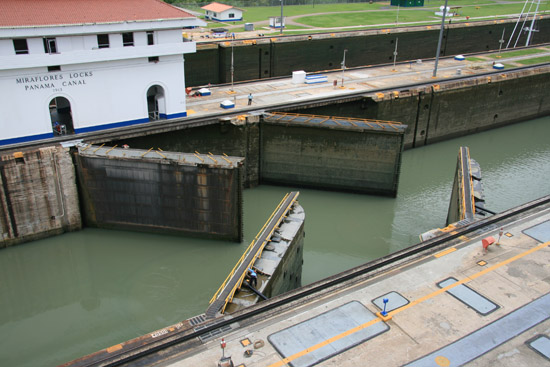 We went to the Miraflores locks, the closest to Panama City and the first one from the Pacific towards the Atlantic. And we witnessed a ship in its last barrier before reaching the Pacific. There is actually an observation deck where you can sit down and wait. Before that, you go to the visitor center where you can learn the history and all this information I wrote. The Panama Canal Authority has an ongoing live video feed showing the Miraflores Locks. You can see for yourself if you’re curious about the navigation.

Of course, for these vessels, it’s not free to use the shortcut in the middle of Central America. There are tolls based on the weight and type of vessel (i.e. freight, cruise ship, etc). It’s not cheap, but it’s certainly cheaper than going all the way to Ushuaia around Chile and Argentina.

So here is my suggestion: it’s definitely worth visiting the Panama Canal. And for those who are bringing U.S. dollars, it’s even easier because they the U.S. dollars is also an official currency (meaning, there are no extra fees). Just pay attention to the change, as it’s generally in Balboas, the local currency.

* GPS because this was before smartphones…