MINNEAPOLIS, MINNESOTA, USA
Minneapolis is the largest city in the state of Minnesota and it’s considered America’s most bike friendly city

Things to do in Minneapolis, Minnesota… Outdoors! 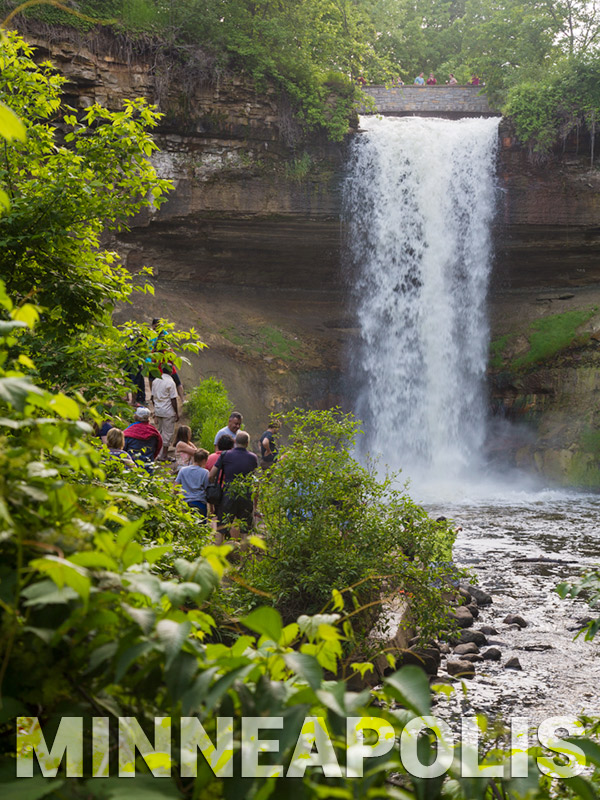 After having a great time in Minnesota during winter – and indoors – now I was determined to explore Minneapolis outdoors. Our trip was in the end of May and temperatures were already very comfortable (in the 70s F / 20s Celsius). So when I started making plans to enjoy the city, I wanted to make sure I’d see all the green and beauty everyone had talked about.

We were going to Bloomington and Minneapolis for TBEX, a Travel Bloggers’ Conference. And one of the things I really like about this event is that the organizers team-up with the host city and state to showcase the area to all the visitors/attendees coming even from other countries. They partner with local companies to organize exclusive tours, and we – content creators – have the privilege to choose among several distinct activities.

As soon as my husband and I confirmed we’d indeed head north for the Memorial Day weekend, I immediately signed-up for a biking tour organized by the W Minneapolis and the Le Meridien Chambers hotels. You can read more about the whole experience in this other story. So, when time came to choose other things to do in Minneapolis, I didn’t think twice: I wanted close contact with nature.

The cycling tour would take me to Loring Park and Lake Calhoun, and I was already making plans to visit Minnehaha Falls. So what was missing? The Mississippi riverfront!

The segway tour in Mpls: fun in a different set of wheels

Like for all other 9 states either bordered or crossed by the Mississippi, here in Minnesota the river also had a tremendous historical importance as a route of trade and travel. In the end of the 19th century and beginning of the 20th, Minneapolis was the world’s flour milling capital and a hub for timber. Prosperity was gone after World War I, but the city reinvented itself.

So, among the several options that were presented, the one that really got me excited was a segway tour called Magical History Tour, offered by Mobile Entertainment. They’d cover the history of the riverfront area and we’d basically be outdoors for 3 hours, riding segways through various parks and some of the most famous landmarks in Minneapolis.

Of course I had never ventured in a segway before, and as you saw in the video I was close to falling down as soon as I stepped on it. At first I thought I wouldn’t be able to handle. Seriously, everyone else adapted much faster and I was starting to question what was wrong with me…

Cases like mine are not exceptions though. That’s why before you go out and about, they do some 20 min of training, where you ride in circles and learn how to step in and out of the machine.

In no time the segway became my best friend. Also thanks to Andy from Avrex Travel blog for the inspiration. It was his first time with a segway as well, and since the beginning he handled it like a pro. He was the one who shot the embarrassing video of me getting on the segway (and I gave him the camera thinking I’d slam-dunk it! hahaha).

The Magical History Tour crew included several guides. One of them would share with us the most important facts in each location and the others would make sure everyone was doing fine and no one was left behind.

The segway route in the Mississippi riverfront

We started by crossing the Stone Arch Bridge, which was built to become a railroad bridge in the end of the 19th century. Today it’s a pedestrian only bridge (exceptions to bikes and segways!) and it’s a place for events and some great views. I could certainly have stayed there a little longer photographing the Mississippi and the downtown skyline! We then went underneath it and had another pleasant surprise with the beautiful scenery.

I wish I could have gone back after the tour and visited the Mill City Museum, but as I was joining a conference, time was short. It would have been fascinating to learn more about the golden days of flour milling.

Interesting that as soon as I released this video on social media, one of the first comments I received was “wow, they transformed abandoned mills into a tourist attraction!”. And only then I realized what an amazing idea that was. The Mill Ruins Park is exactly that – a mix of an archaeological site, history, and a lot of green.

We also visited Boom Island and Nicollet Island, once a wealthy and exclusive neighborhood turned one of the worst areas in town to live and then redeveloped in the end of the 20th century. Today it’s mostly a park. 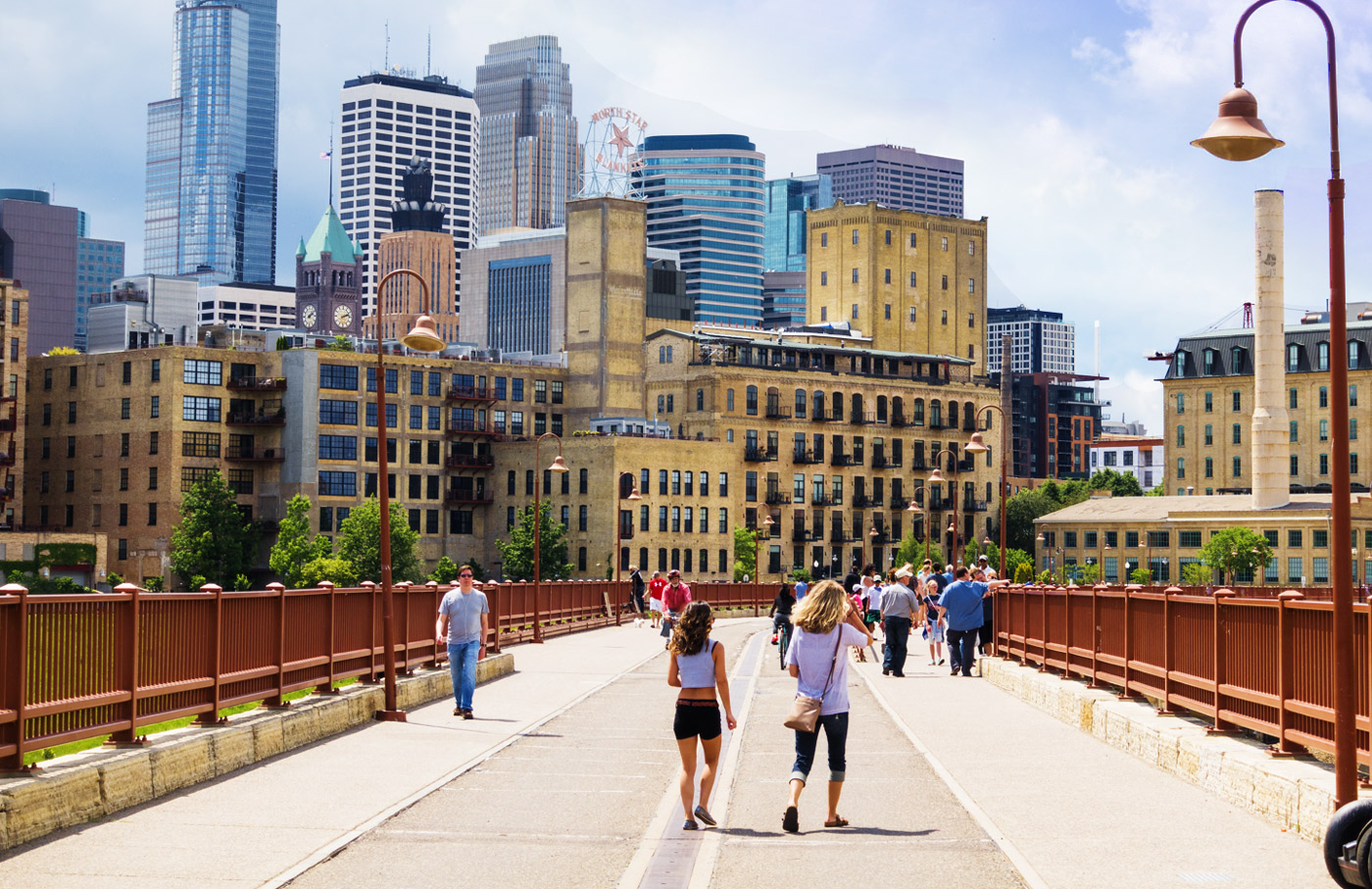 I closed the day relaxing at the Minnehaha Falls park. It was late afternoon when I arrived and I’m glad I didn’t go earlier. This place probably gets really busy! As parking is on the street in front, I was lucky to find an empty spot when someone had just left. 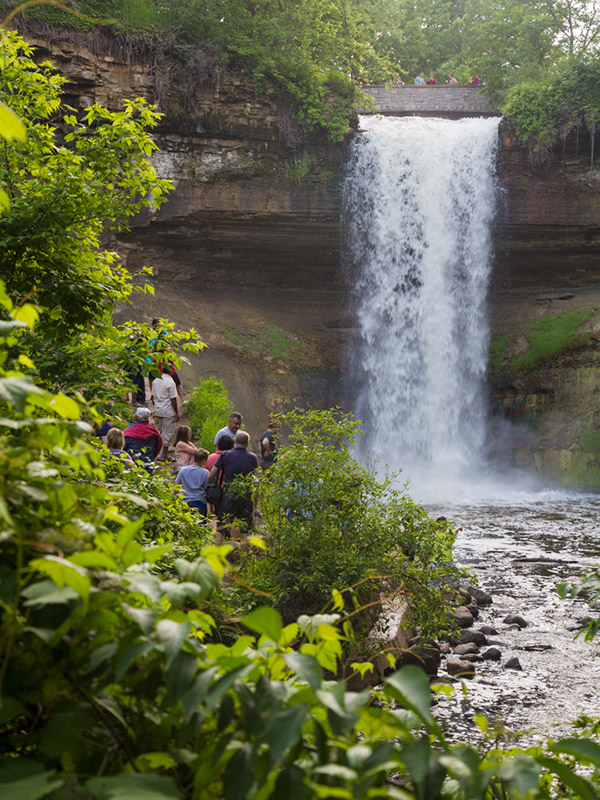 But when you arrive you understand why. Nature was really generous here. The park is great for picnics and there was also a restaurant with live music. Based on the amount of bikes around, I don’t doubt many people bike ride until here (and the falls are all the way close to the Minneapolis-Saint Paul airport).

If I had more time in town, I’d have loved to enjoy some other great outdoor experiences as well, like watching the sunset at Lake Harriet and kayaking on the Mississippi. I even tried visiting the Sculpture Garden (where that famous giant spoon with a cherry is located), but it was closed for renovation. I also had a busy agenda of parties though. Networking parties, I mean! 🙂

In a conference for travel bloggers, naturally there’s a lot of interest on all aspects of travel and what can you do in town in the morning, afternoon or evening. And all evening events were great for making new friends and having some fun. From the cocktail at the Prohibition Bar on top of the Foshay Tower (and what a view!) to a party at the notorious First Avenue nightclub, we enjoyed the evenings as much as the days.

Prince had passed about 40 days before this trip, so the event at First Avenue & 7th St Entry ended up being a big celebration of his life and legacy. The artist was born in Minneapolis and is truly loved by locals who are very proud that he never forgot his roots. The connection between him and the nightclub became very strong in the 80s, when he shot there several scenes for his movie Purple Rain.

And here I open a parenthesis to tell another story by 2 of my viewers. When I released the Mall of America video on YouTube, a couple of people left comments saying that they couldn’t believe I had not gone to First Avenue nightclub. How could I dare not to?! So this time I made sure I’d send them a picture!

Talking about Mall of America, TBEX also organized a great party there. They even shut down the entire Nickelodeon Universe Park only for us! I obviously played like a kid, and even discovered a new attraction: the Flyover America – a flight simulation ride that showcases some of the nicest areas throughout the United States. So well done and very impressive!

As I had already featured the mall in another video, I ended up only showing the party in social media (hey, if you did not connect yet on Facebook, Instagram, Twitter, etc, what are you waiting for? hahaha)

Exploring Minneapolis with warm weather was certainly a great experience. Doing that together with some of the top content creators in the world was even better. And I’m glad I could capture the essence of the city and understand why 3.5 million people in the Twin Cities metro area resist the hard winter in order to enjoy the remaining months of the year. Yes, it is really worth it. 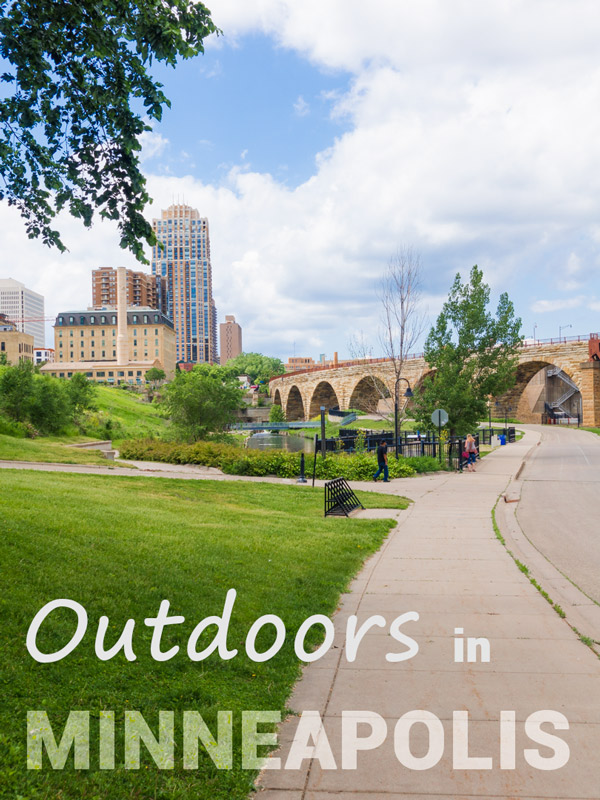 Cheers and all the best, 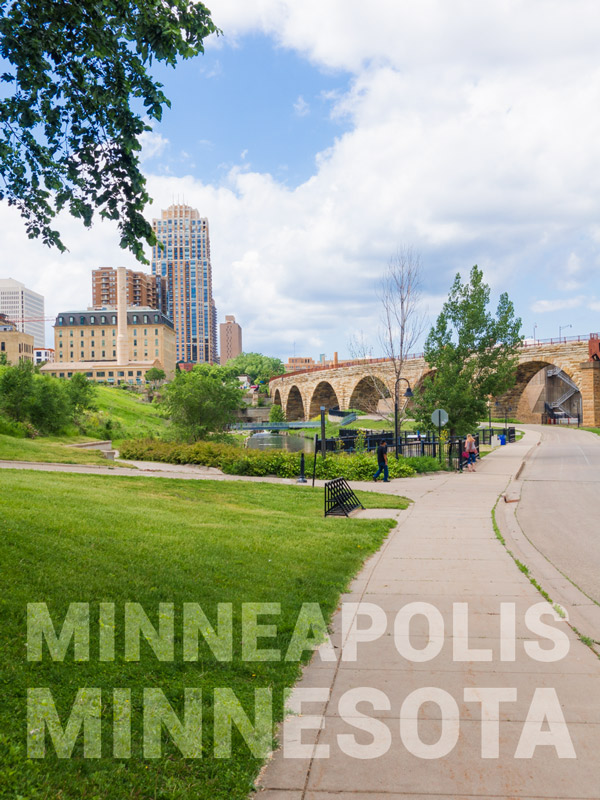 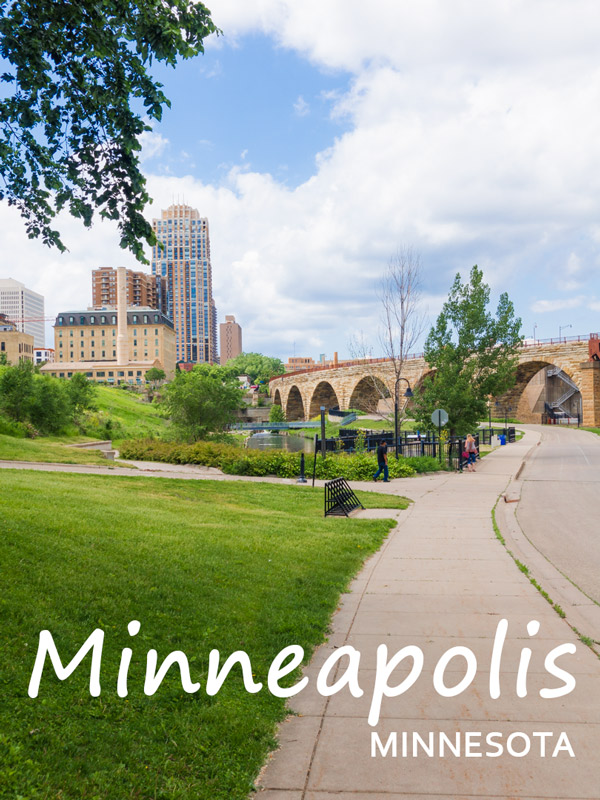 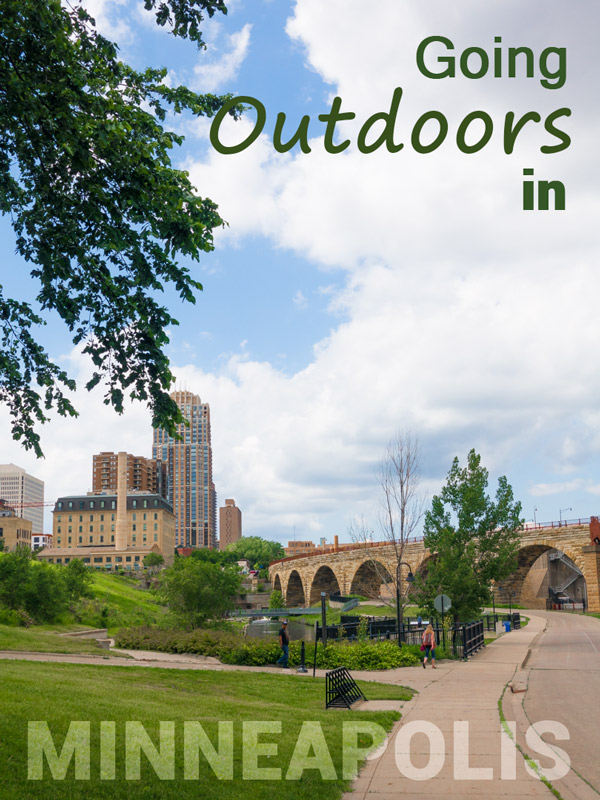 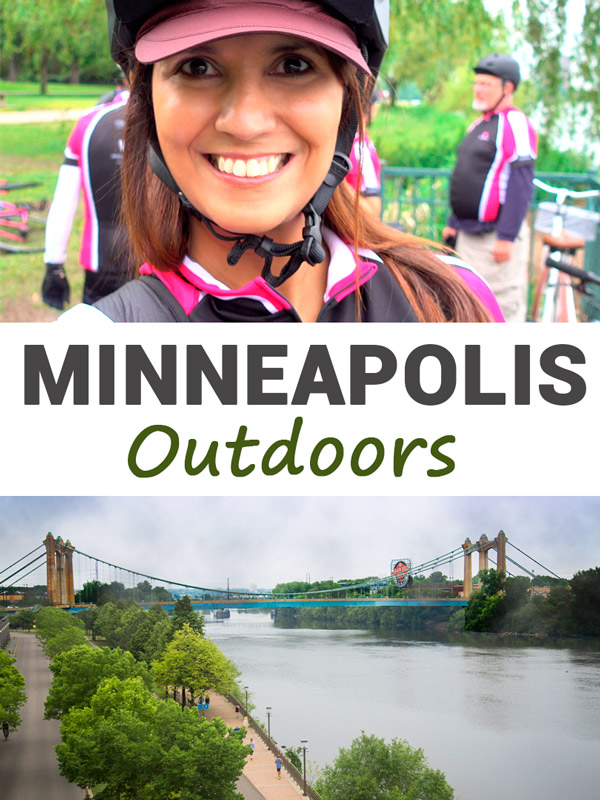 P.S.: The Magical History Tour on segway and the networking parties at First Avenue and Mall of America were part of the Travel Blogger’s Conference (TBEX), and I was invited by W Minneapolis The Foshay to join the bike tour with David Cronin. They also offered me a night at the hotel so that I’d experience the full package. As you can see in the video, I had a great time! As always all opinions are my own. 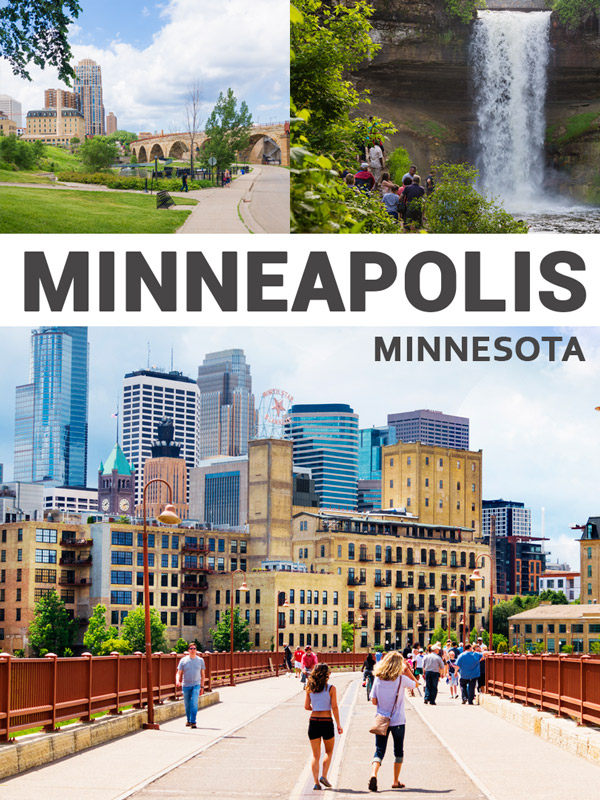 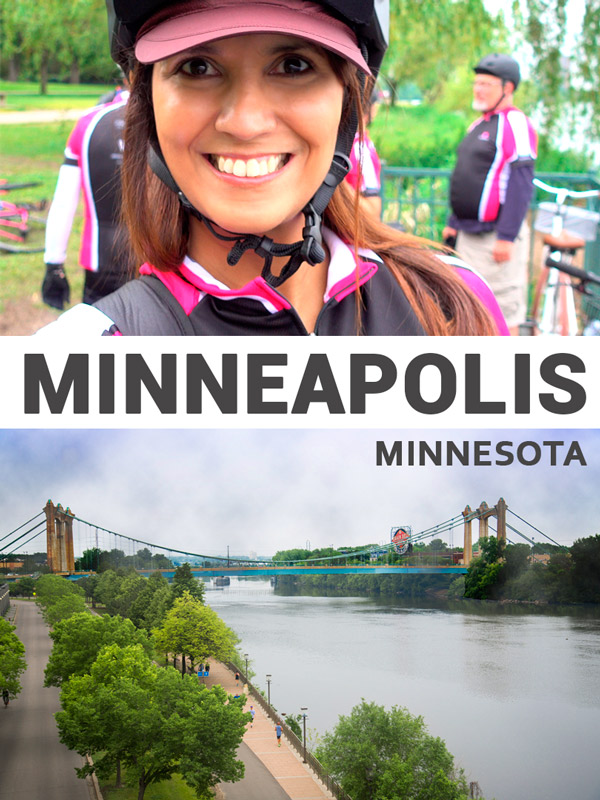