This Lights Festival is the American version of the traditional lights festivals in Asia. Nonetheless still beautiful.

SAN ANTONIO, TEXAS, USA
San Antonio is the second largest city in Texas, only behind Houston (and ahead of Dallas)

I heard about The Lights Festival in the USA a few months ago when a fantastic picture appeared on my Twitter timeline. I was immediately amazed and signed up at their website to learn when there would be one in Texas.

All of a sudden an email arrives at my inbox and I learned that not only there would be several – in Austin, San Antonio, Houston, Dallas, Lubbock – but that I’d be in San Antonio on the day of their first event. What more could I want?

What is a Light Festival

Lights Festivals are traditional cultural or religious celebrations all over the world, especially in Asia. In 2004 I had the chance to see a little bit of this festivity in Thailand.

People get together (and in some places even decorate their houses) in a symbol of faith and a step towards enlightenment. The atmosphere of hope and purity is contagious, and the memory of that evening kept with me all these years.

The Lights Festival in the USA

In Asia this tradition goes back centuries. Here in the United States, not so much. But I’m glad the organizers brought a little bit of the meaning of this event also to US soil.

When you arrive you receive a sky lantern and a swag bag with a marker, a key chain flashlight, and a sticker.

In the hours leading up to the most anticipated moment participants are encouraged to write on the lantern their hopes and wishes for the future, while on stage guests talk about positive impacts you can bring to your life.

Also, they partner with charities, donating part of the proceeds. In San Antonio the non-profit organization supported was Rising Star Outreach, which fights the discrimination caused by leprosy and helps people overcome the disease. They had a booth where participants could also support the cause.

Preparing for The Lights Festival

Although the event only happens when the sky gets pitch dark, it’s worth arriving a couple of hours earlier for various reasons:

When the moment arrives, it is so beautiful! Thousands of balloons filled with positive messages peacefully rising on their own pace. Kids and adults in awe looking at the sky as if magic was taking place!

We were lucky that there wasn’t barely any wind, so the sky lanterns were visible for a while. After lighting ours, we started walking around to take pictures of other people doing the same. We attended the festival on a Friday together with some 3,000 participants. The next day was totally sold out, where 7,000 people were expected to show up. 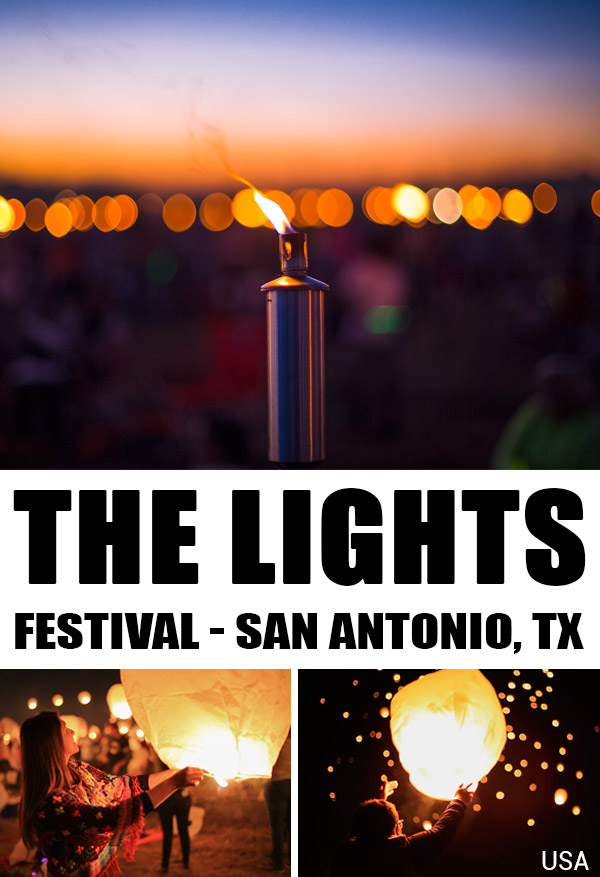 But is it safe?

This was one of the first things that came to my mind when I started preparing for the event. When done carelessly, there are serious concerns and risks of fire. That’s why no one should try this at home or outside a controlled environment.

The organization of the Lights Festival controls how and when sky lanterns can be lit. On stage they teach the step by step method to properly prepare the balloon and the event has fire fighters and medical staff around. They are present on site and remain alert in the area in case something goes wrong.

Also, the materials used in the production of the lanterns are environmentally friendly, sustainable and nonflammable. Another reason why only the lanterns they provide are allowed.

And indeed, that’s what I found out when the flame touched my husband’s balloon. After launching my sky lantern I started a live broadcast on Periscope (I didn’t mention anything on the video, but you can see when the camera starts going all over). While trying to do two things at once, the soft material touched the flame for a few seconds. It got dark, but didn’t burn.

Nevertheless, if all safety measures were not in place I’m sure they would not receive permits to organize so many events throughout the United States.

The lanterns float in the sky until a certain altitude. When oxygen becomes scarce the flame goes out and they sink back to the ground. I was surprised to discover that the organization also has staff and volunteers picking up the thousands of residues.

Lights Festivals in the USA

Several events in other parts of the country are already scheduled for the upcoming months, and if you’d like to attend, let me give you a few more tips I learned with my own experience.

In addition to arriving early, you should:

As photographers and videographers we loved the opportunity to capture so many beautiful images. But the pictures don’t actually do justice to what you see on site.

This is one of those things… You have to experience to understand. 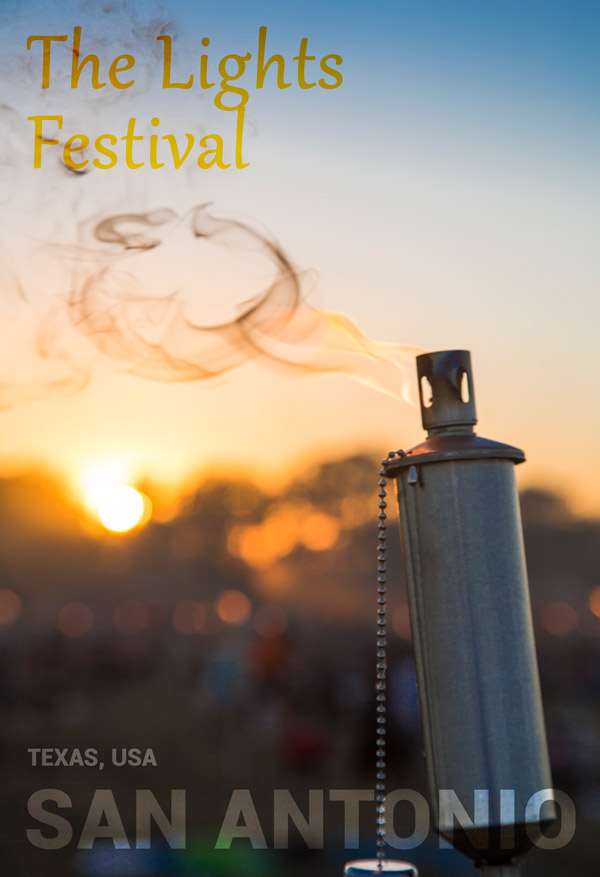 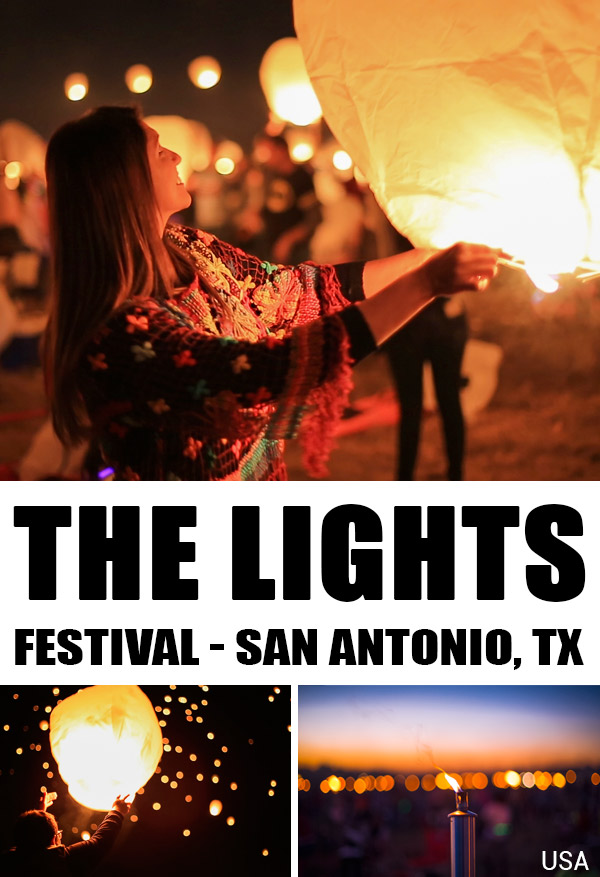 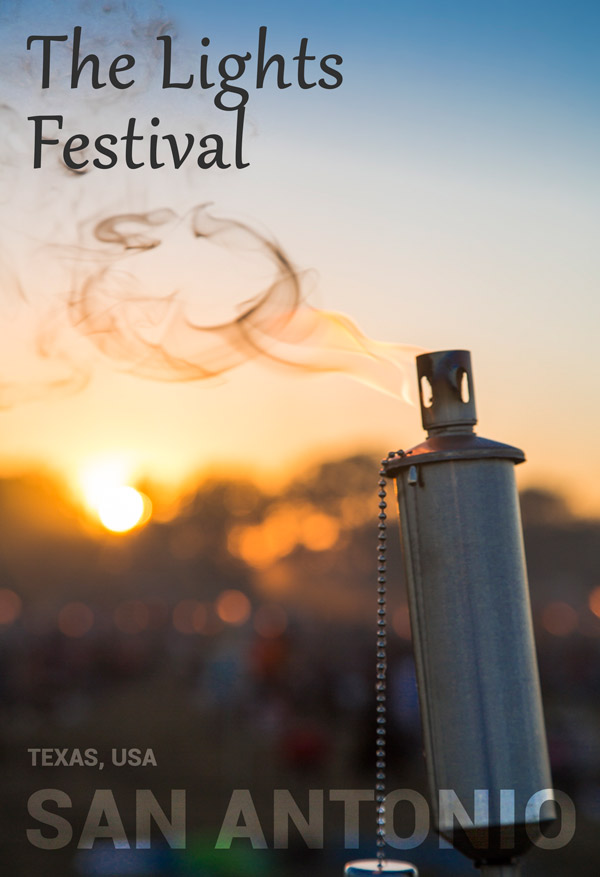 P.S.: As members of the media, our coverage was coordinated with the organization. I had total editorial freedom and would love to return next year 🙂 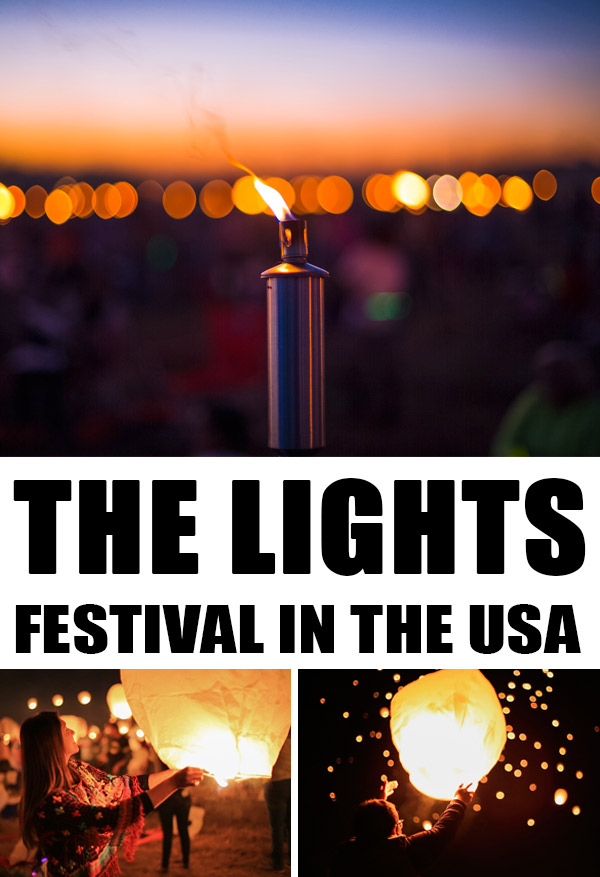