Street art and graffiti park: a must see when you travel to Austin, Texas

AUSTIN, TEXAS, USA
Austin is the capital of Texas, the 11th largest city in the United States, and the 2nd largest state capital

Austin lives and breathes art. Despite being most often associated with music, it’s also worth highlighting the importance of street art. While visiting downtown you can find lots of graffiti and colorful walls which inevitably attract tourists and residents. Whether you have one hour or one day, you can be certain you will get some great pictures.

That was our intention when my friends and I decided having some fun close to home. Better yet, as we all love taking pictures, we drove downtown with our best cameras and voilà! The video came out naturally. That’s also a great tour to do by bike.

Luciana Misura (co-hosting the video) is also a travel blogger. Together we’ll from now on visit several locations and attractions in Texas and while I create a video, she writes the detailed blog post for the Brazilian audience. The one about this experience is available in Portuguese here.

So, to help with your planning, these are the murals featured in the video:

For this tour we listed more than 40 locations we’d like to visit. Not surprisingly we ended up checking out around half of that. The reasons ranged from not finding the wall or the wall was covered by cars parked in front, to traffic and us running out of time. We drove between 10am and 5pm, only taking a quick break for lunch.

If you don’t have much time in Austin you will need to carefully choose among your options. So here is a short list with the must-see and/or the most popular murals in town: 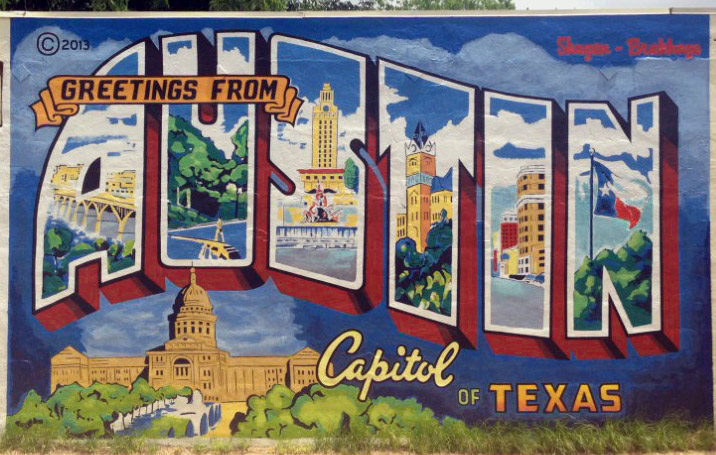 This mural recreates an iconic postcard and it is among the first ones created in Austin (in 1998). A recent restoration brought the vibrant colors back.

I love you so much 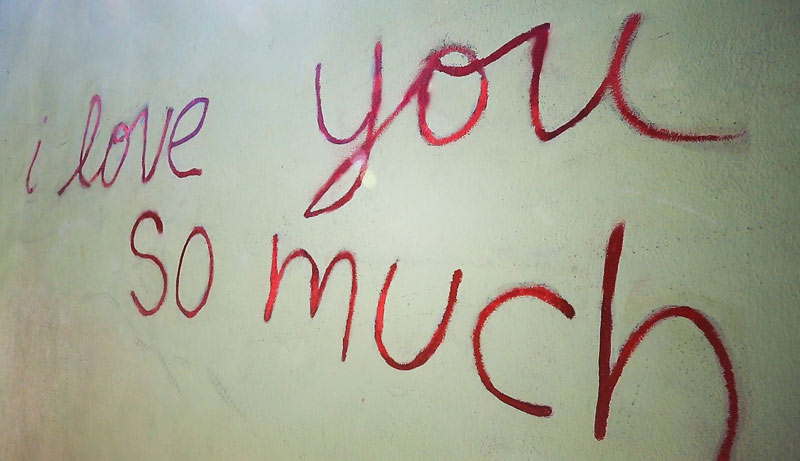 The history of this wall has as many overturns as love itself. It started in 2010 as a love letter on the exterior of Jo’s Coffee from one partner to the other, co-owner of the coffee shop. Unaware of the full story, people passing by started posing for pictures until the message was vandalized a year later. The couple then recreated the spray sentence, which became a symbol of love. Today it’s common to see 5-10 people queuing in line patiently waiting to take pictures. 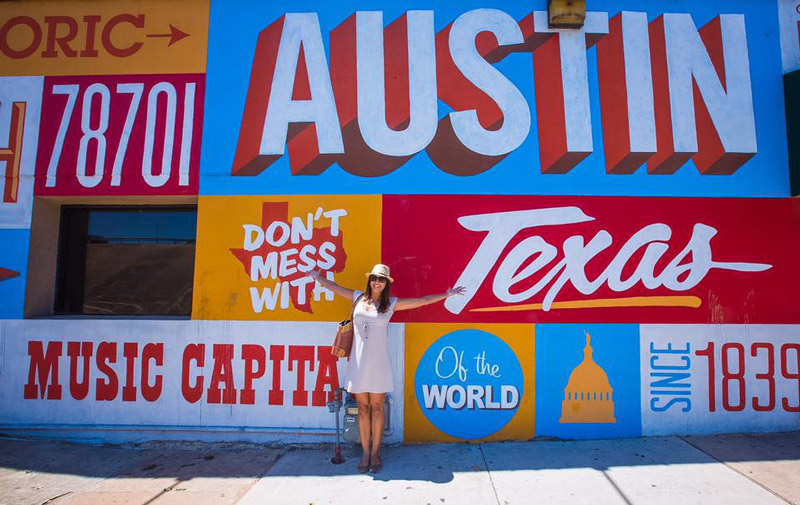 For the colors, the design and the symbolism, one of my favorites! But unless you have a wide angle lens, you won’t be able to take a picture of the whole wall with a regular camera or a cell phone. Your best option is to cross the street and take the picture from the other side, but as traffic is really busy in the area, you have more chances of getting it right earlier in the morning or on weekends.

In this location it’s hard to find parking on the streets, but there’s a parking lot in the other side of 6th Street and the I-35 Frontage Road. 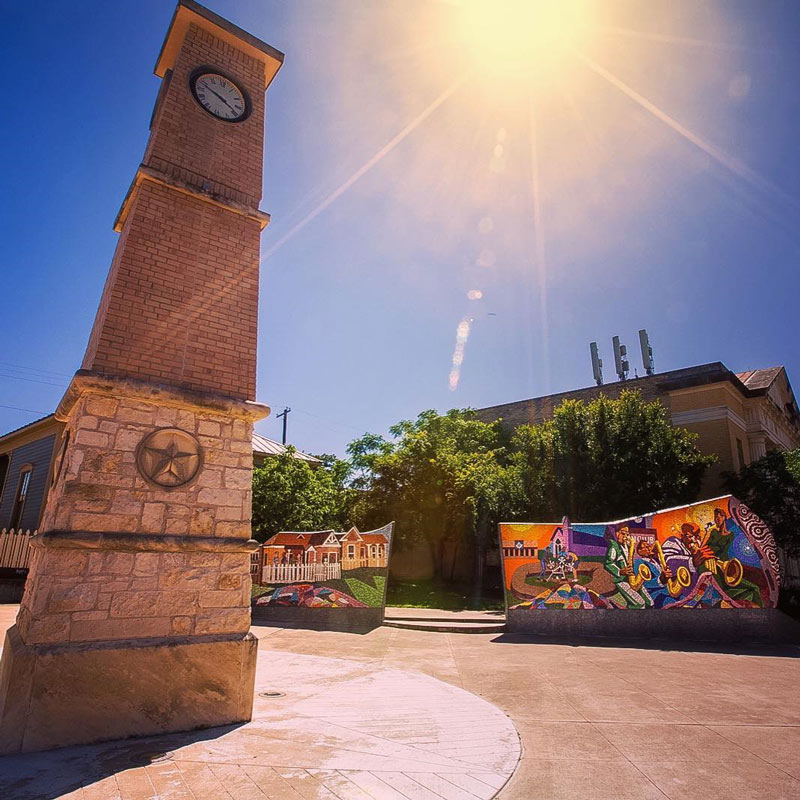 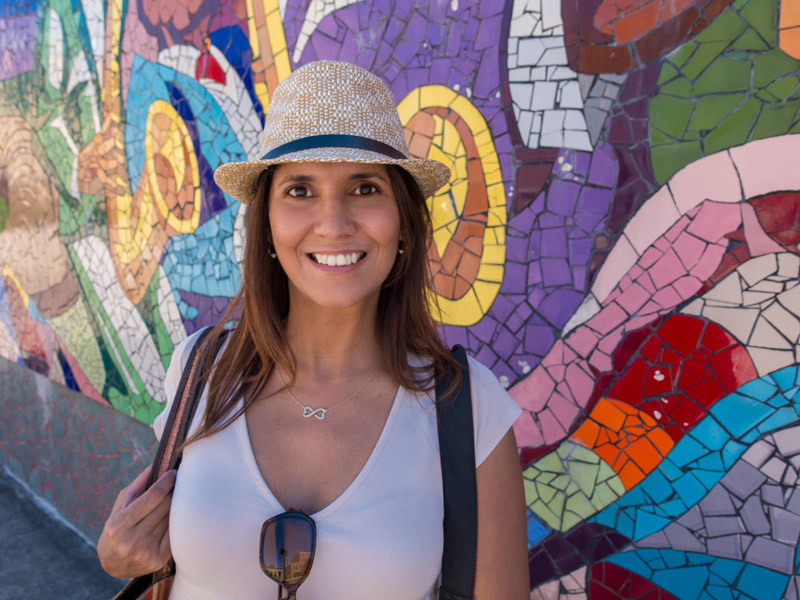 Today 6th Street is considered by many “the” place to enjoy live music and the Austin atmosphere, but early in the 20th century 11th Street had all the glory. This was the mecca of jazz and concentrated the top clubs in town.

Rhapsody is a very nicely done mosaic celebrating this cultural heritage and the African American community. Its very existence in the middle of a rapid transforming neighborhood has the purpose of keeping history alive.

You’re My Butter Half 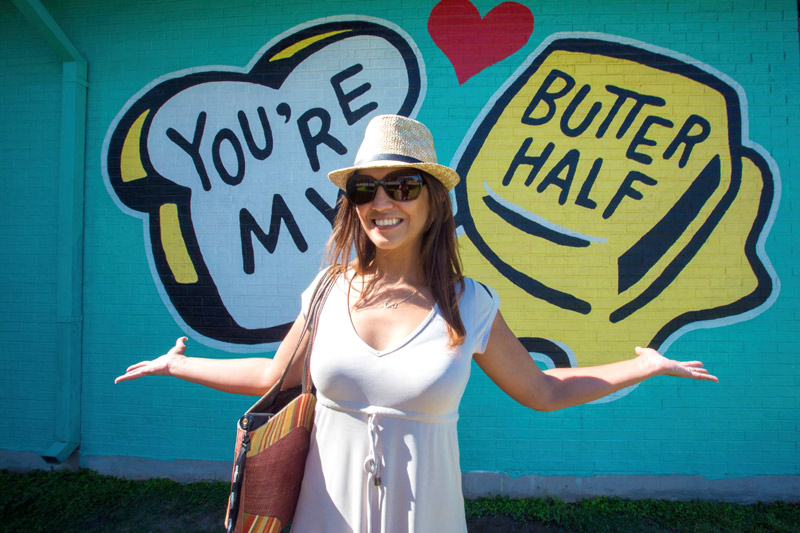 This is a perfect background for wedding photos and for loving pictures in general. The mural was created in 2012 by United Way of Greater Austin, a local nonprofit organization, and is located just outside their offices. Very quiet location, where you will most likely be able to take all the time in the world to get the perfect shot. 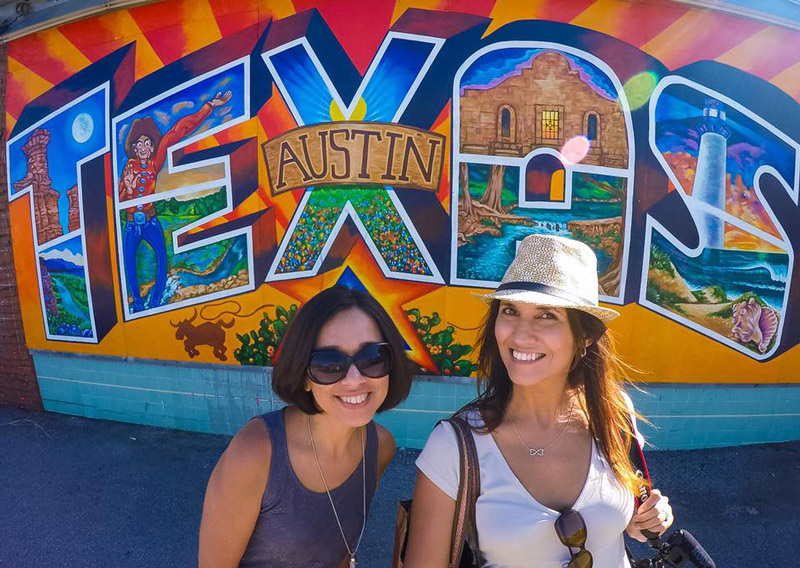 This is a great representation of Texas. Inside each letter, one region of the state (i.e. Big Bend National Park, the Gulf Coast, the Alamo, etc) with Austin right in the middle. Geographically Austin is also relatively close to the center of the state.

Best of all: there’s free parking nearby.

Officially this is Jeremiah the Innocent, popularly known as the “Hi, how are you” frog. It was the cover of the 1983 Hi, How Are You: The Unfinished Album by Daniel Johnston. But it was popularized almost 10 years later, when Kurt Cobain from Nirvana appeared in public wearing a t-shirt with the lovely frog. The image then became this mural by the University of Texas and today Johnston capitalizes on its success. His online store sells all kinds of items with the print.

Austinites also love Jeremiah. In 2004 they rallied together to keep him at that space following a threat of removal. His popularity kept growing and even the Thai restaurant around the corner jumped in and re-branded as Thai, How are you. 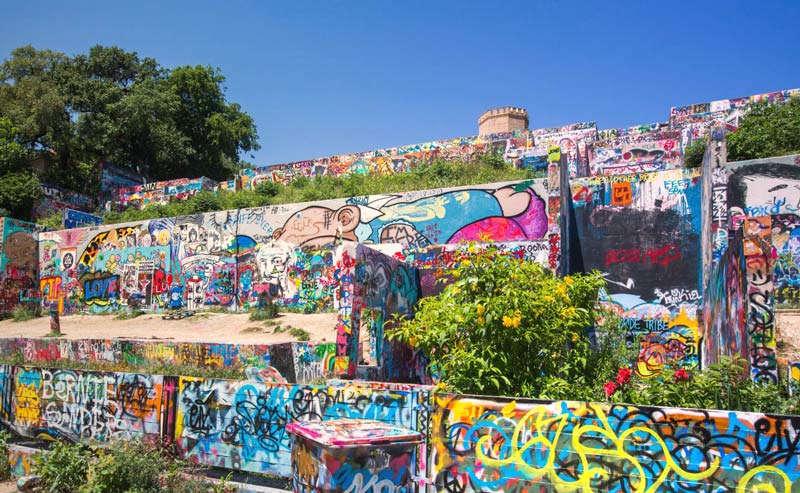 Locals also know this place as the Graffiti Park. This is the site of an abandoned construction (and actually not much has changed). The word “park” is deceiving, as the area is far from being a park in the usual meaning. Also, it’s a private property (but free of charge). In 2011, a nonprofit organization called Hope Events assumed the administration and transformed the space into an educational project. Today, artists willing to participate should email murals@hopecampaign.org. 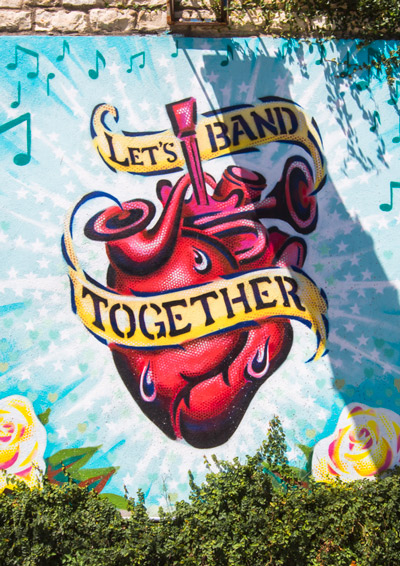 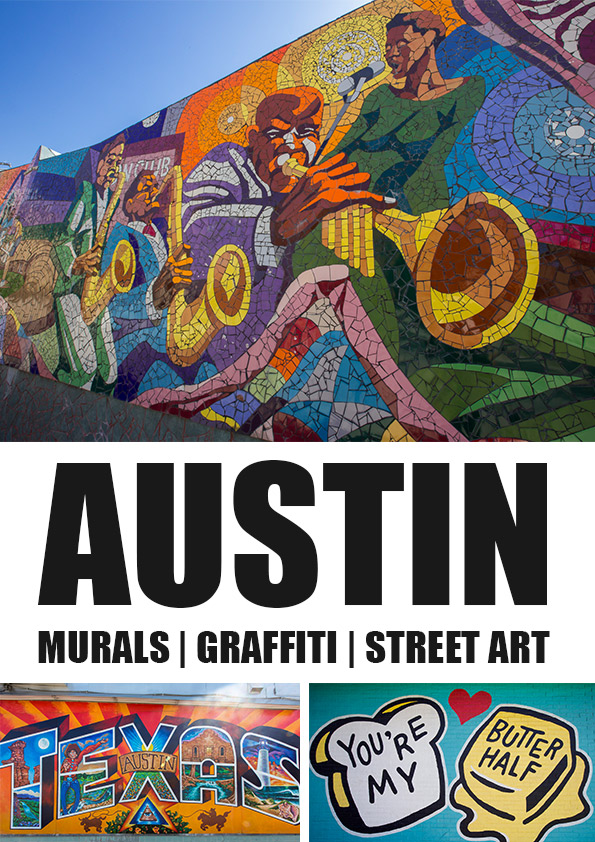 Hope you guys enjoyed this tour! 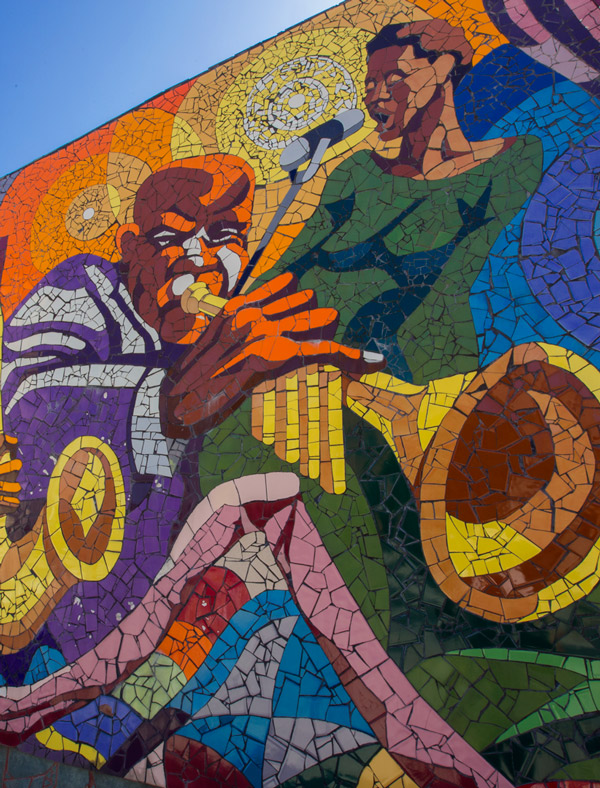