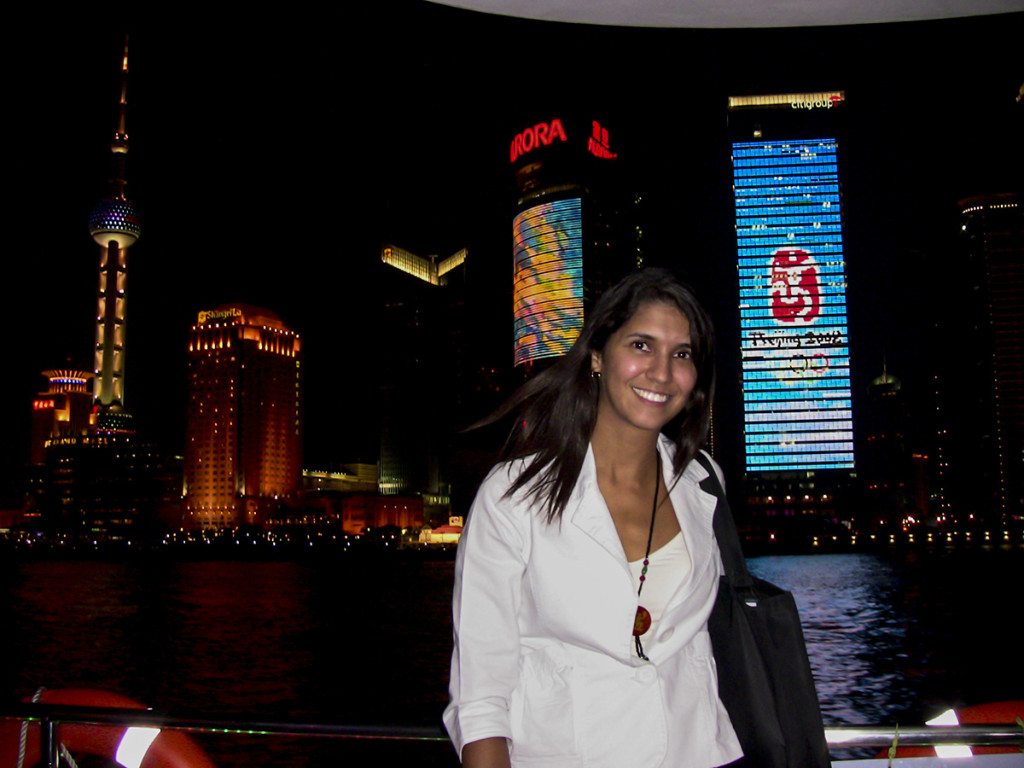 The Huangpu River is a symbol of Shanghai. Geographically it divides the city into east and west, but its importance go beyond that. The river represents the contrast in modern day Shanghai: the old buildings from the beginning of the 20th century facing the giant highrises of the 21st, women washing clothes in these waters while luxury parties take place at the yachts right in front of them, the pollution at the river as a reminder of a fast paced China which doesn’t stop but at the same time is very proud of its achievements. The old and new side by side.

The west side of the river is called Puxi. This is the cultural, residential and entertainment center of Shanghai. Here you can still find many colonial buildings and the oldest park in town, the Huangpu Park. It’s also where the Bund is located. The Bund is a riverfront promenade where you can have the most amazing view of Shanghai: the view to the east. 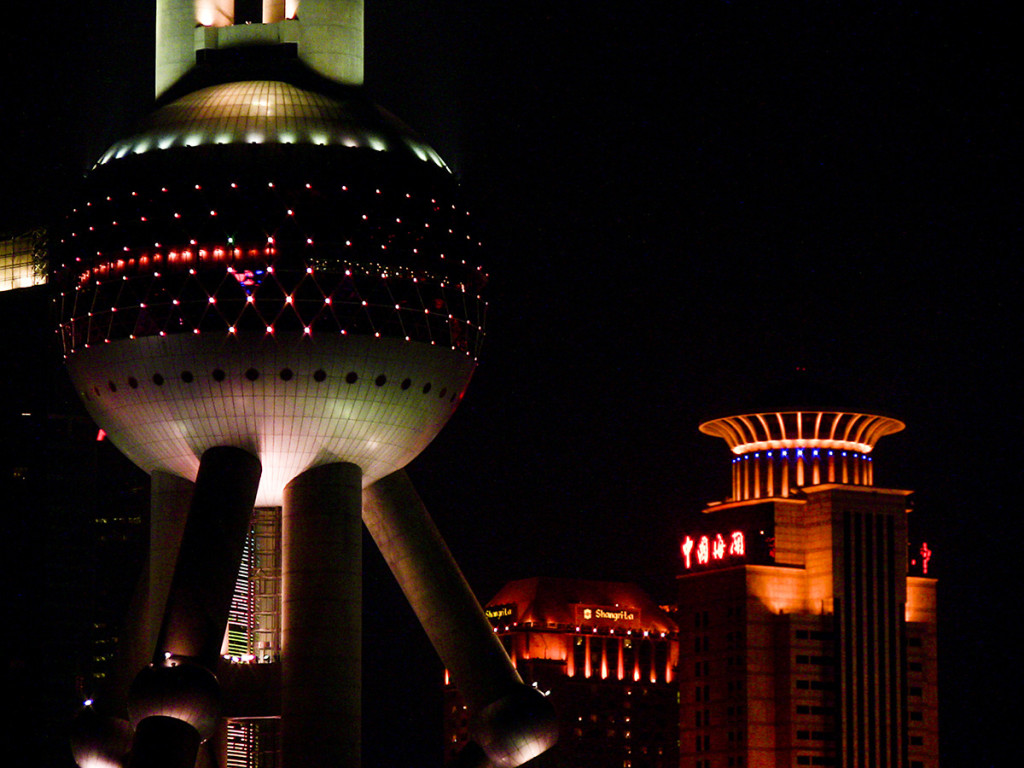 The east side is called Pudong. Puxi and Pudong are words you will hear everywhere, that’s why I wanted to highlight them. Pudong is the newer district, the heart of Shanghai’s financial and commercial center. It’s where you will find all those gorgeous buildings featured in every picture of Shanghai, which are mostly 5 star hotels, business offices and high end malls. The most remarkable and the one that calls most attention is the Oriental Pearl TV Tower, which is self-explanatory when you look at the photos.

Either during the day or at night, cruising on the Huangpu River is a must when you visit Shanghai. Cruise ships vary in size, decoration and amenities, with the most luxurious offering even conference rooms for business meetings. As Shanghai is a very cosmopolitan city, these tours may sell out fast, so always try to book in advance. And pay attention when you do, as some of them offer guides in Mandarin only. 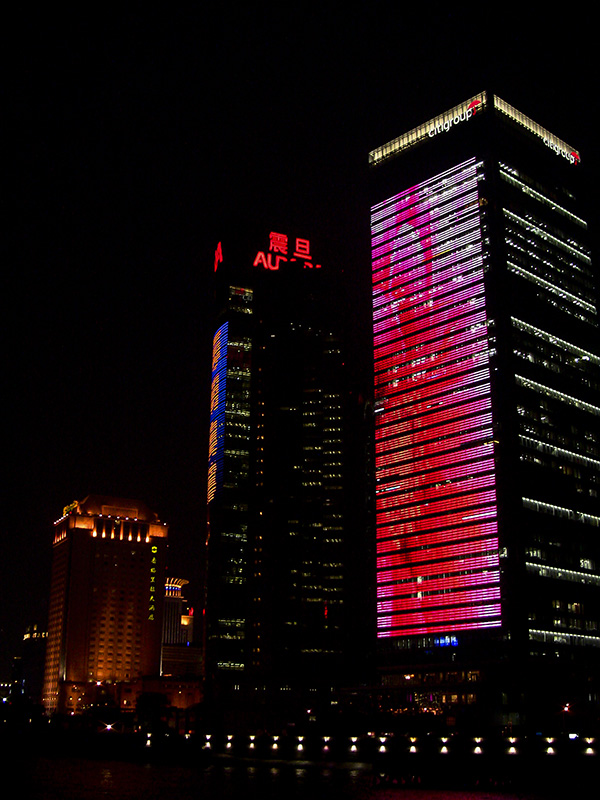 View during the Huangpu River Tour, in Shanghai

During the day the view is impressive, but it’s at night that the true “magic” comes to life. The riverfront buildings of Pudong offer a fascinating view for those in Puxi and on a boat. I went for an hour long cruise, where the guide explained a little bit of the history of Shanghai and listed the most important buildings we were seeing. After some days, only the name of the TV Tower (Oriental Pearl) remained vivid in my mind. But after having visited several parts of the city, my best memory is definitely of this imposing and superb skyline. The vibrant lights and colors out braving the darkness. 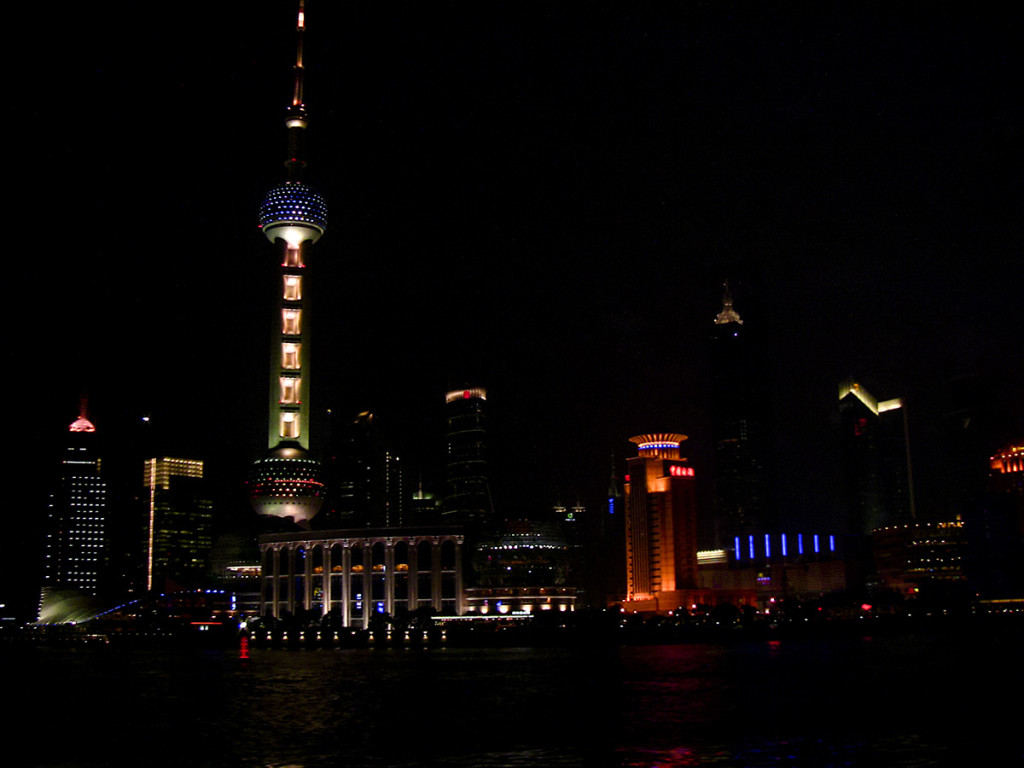