BLOOMINGTON, MINNESOTA, USA
Bloomington is located in the metropolitan region of Minneapolis, which is the largest city in the state of Minnesota

A chance to visit the biggest mall in the United States? Who could pass! So I jumped at the opportunity to visit Mall of America for the #MinNoCoata annual press trip in wintery Bloomington, Minnesota, a suburb of the Minneapolis-St. Paul metropolitan area. Only one requirement: leave your coat at home.

For those not in the know, Mall of America is a destination in it’s own. It annually attracts as many people as Times Square, Central Park and the Las Vegas Strip, which by the way represents more than the entire population of Canada. It’s a shopping-entertainment-and food bazaar all wrapped up in one.

Settling in – Radisson Blu hotel at Mall Of America

Upon arrival, I settled in at the Radisson Blu hotel at Mall Of America (hotel in the picture below), which happens to be attached to the mall. What more can one ask for? Close to the mall, convenient to the airport AND well connected to the city. More on that later.

Radisson Blu is modern, comfortable and stylish. I felt right at ease having just arrived from my double hop flight. The hotel has many great differentials, like an indoor saline pool (the saltwater was so much better for my skin and hair! I relaxed at the pool every night until it closed at 11 pm) and a concierge service ready to pickup your shopping bags at the mall. I had to try this and it was so awesome that they promptly delivered everything to my room.

Just one final comment about the Radisson Blu which really called my attention. Hotels generally prepare a nice welcome when they host journalists or personalities, and I showed in the video the yummy sweet they left for me. However, I didn’t mention it contained a locally produced honey from the Honey Bee colonies they house on site. I later discovered they use this honey in several dishes also at the Firelake Grill Bar downstairs. I appreciate the commitment to sustainability and thought it was very nice touch.

A little nitty gritty on Mall of America: 520 stores, men, women, kids fashion, books, CD’s, home furnishing and even a wedding chapel which hosted 8,000+ happy couples! All you could ask for under one roof. There’s even an Ikea just across the parking lot. In all, it’s seven Yankee stadiums of shop till u drop, but no need to be in baseball fit shape. I had 3 days. Finally, last but not least, here in Minnesota there is no sales tax on clothes and shoes. Deal!!!

One resource I found very useful was the Mall of America app. You can connect to the mall’s free wifi and when you open up the map inside the app you can see your exact location. So it’s great for those people like me who may sometimes get lost trying to understand paper maps!

There are some deals in the app too, but you find way more in a coupon book. It costs $9.95, but consider the savings depending on how much you plan on spending. You see in the video how thick the booklet is. Also, look at the mall’s website for additional discounts. There are lots of deals on combined hotels & attractions.

Mall of America joins several of my favorite stores and my time there flew. I could hardly believe I managed to pay just over $5 for that black-white-red top from Forever 21 I’m wearing on day 2 (from 4’09” on) and $39 for the boots at Shi (day 3 evening in the video). 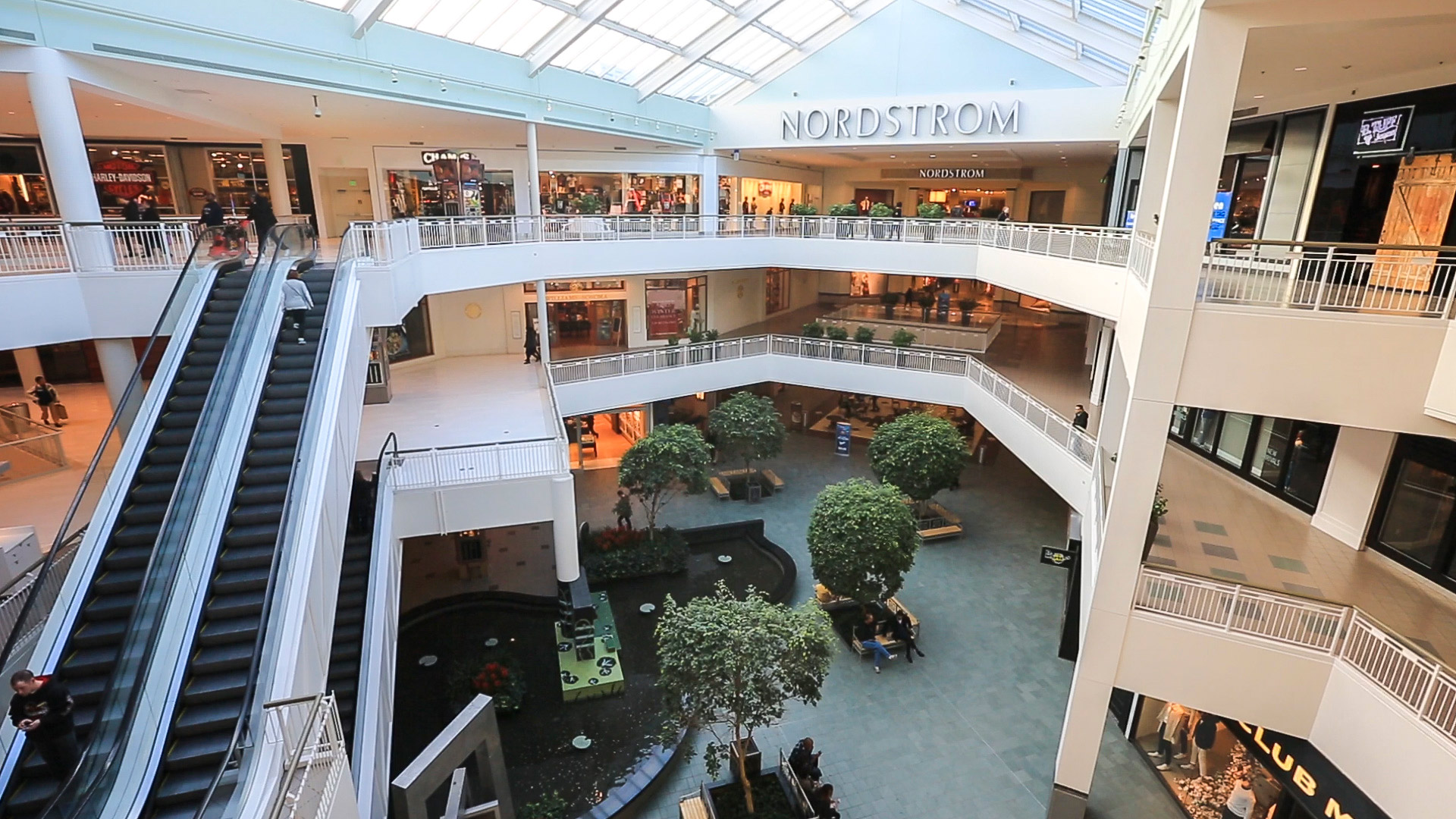 Another positive surprise was to see how they encourage interaction between customers and the mall itself. You know those places where you call a general number or write a general email and they never return? Here that’s a priority. I thought it was very interesting because as a communications professional I like to also understand the business side of things. I had the chance to meet their social media team and see up close how they respond to every single text message and social media interaction within minutes! From questions about store locations & deals to “I forgot where I parked my car”, they have a team in place ready to help. I had a true lesson of best practices.

What’s great about Mall of America is that it’s not just a mall. It’s an entertainment complex. You have the amusement park, an aquarium, flight simulation, movie theaters, etc.

During my visit, I mixed shopping with some entertainment (again, imagine how awesome when someone can magically show up and take your bags to your room!). I screamed on the Nickeodeon Universe‘s main roller coaster that goes up and down at 90 degrees! It took some courage but I managed to ride it twice with my little GoPro camera strapped to my head! Normally you cannot, but the mall’s management made an exception for my YouTube video.

Sea Life Minnesota Aquarium was also very beautiful. You can snorkel with the fish and sharks! I’d certainly have done that, but unfortunately it’s not available on Tuesdays and Wednesdays. Next time! If you are here with your family and you want to enjoy the mall’s attractions, try to purchase tickets online, as there’s a discount.

With over 50 eating establishments, Mall Of America can satisfy any palette from chain restaurants to local faves.

Right in the first day I tried the walleye, a regional fish. The dinner was at Twin City Grill, one of the most traditional restaurants here, and I chose the almond-crusted version (that dish on 3’53” in the video). It was divine!

In the other days we chose typical American cuisine restaurants and I always opted for a local specialty. At Cedar + Stone, Urban Table, I absolutely loved the Minnesota cheddar cornbread. It actually was more like a cake, as the maple butter brought a delicious sweet taste.

From burgers to sandwiches and perfectly cooked filet mignons, I had a blast every single day. Of course there’s also the food court, but I really enjoyed trying the dine-in restaurants. By the way, several of them also offer happy hour specials.

Suburban mall to city center, you betcha! The METRO, the metropolitan Minneapolis color coded light rail transit takes you from Mall of America right into downtown Minneapolis. The trip until the Nicollet Mall station started from inside the Mall of America complex and took about 40 minutes. I left within a few steps to the Minneapolis Visitor Information center where to my surprise, the statue of Mary Tyler Moore is temporarily located. Of course, they have all the maps and trinkets one could want but most importantly, it has a giant screen TV to access directions including Google maps and street view.

???????? This is how people at @MeetMinneapolis give directions to tourists! Best interactive map ever! #MinNoCoata pic.twitter.com/X13vXiY7ou

There are also some pretty cool & trendy gift items for sale. Not something you’d find at a regular Visitor Information desk.

About Mary Tyler Moore for a second. Minneapolis was the setting for the Mary Tyler Moore show from the 70s. It was a breakthrough program for having the first never-married, independent career woman as the central character: Mary Tyler Moore herself. Minneapolis honored the show and more importantly Miss Taylor with a statue, now housed here while a refurbishment goes on downtown.

Back to my original programing… end of day and I’m famished, I had dinner at Hell’s Kitchen where I met Cynthia Gerdes, one of the co-owners. A Puerto Rican New Yorker transplant, who sat at our table and shared a little history of herself and the restaurant she and her husband helped initiate. Hell’s Kitchen simply refers to the heat in the kitchen ya know, not that other hot headed import from across the pond….oh never mind. Hell’s Kitchen even have their own home made products of which my husband’s fave turned out to be the peanut butter I took home. He says yum! 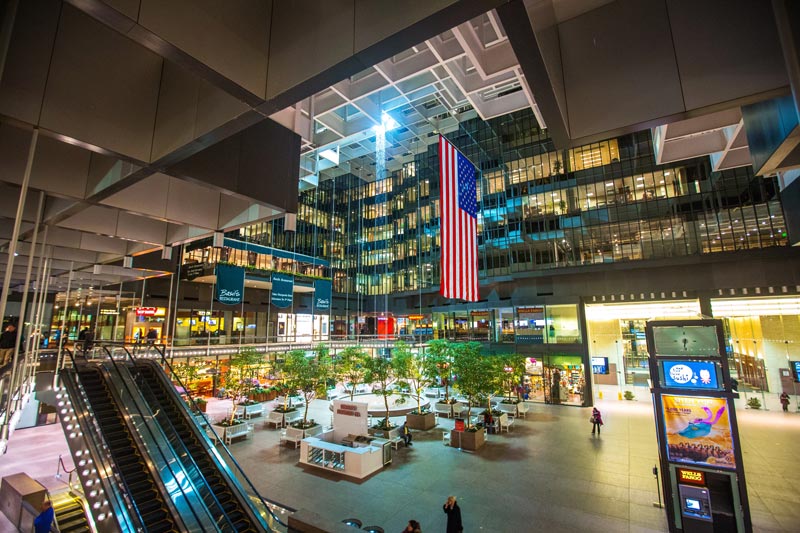 I had a very fun and entertaining time in Minnesota. People are very welcome and friendly, prices were good and if I was staying another day or two, I’d certainly have more to experience. I didn’t have the time to walk the entire mall, for instance. According to the management, if someone spends 10 minutes in each store, it will take 86 hours for a complete visit!

Now after watching the video you are probably asking yourself what happened to the $500 I started with. Did I spend everything? Did I go beyond my budget? As crazy as it might sound, I have $20 left. I could have purchased a couple of cute $10 tops, but I ended up delaying and in the end had no time. Now, whenever I open my wallet and see the gift card with that famous & colorful star I have this exciting and intriguing wish to head back north with my husband in one of the upcoming long weekends. After all, he also deserves a break.

Note: I was invited on this trip by the Mall of America, Radisson Blu and the Bloomington Convention & Visitors Bureau. I appreciate the opportunity and, as always, all opinions and observations here are my own. I had total editorial freedom.