Here you will find the pros and cons of visiting the Grand Canyon Skywalk in Arizona. Hint: It’s closer to Las Vegas but more expensive than the other viewpoints. 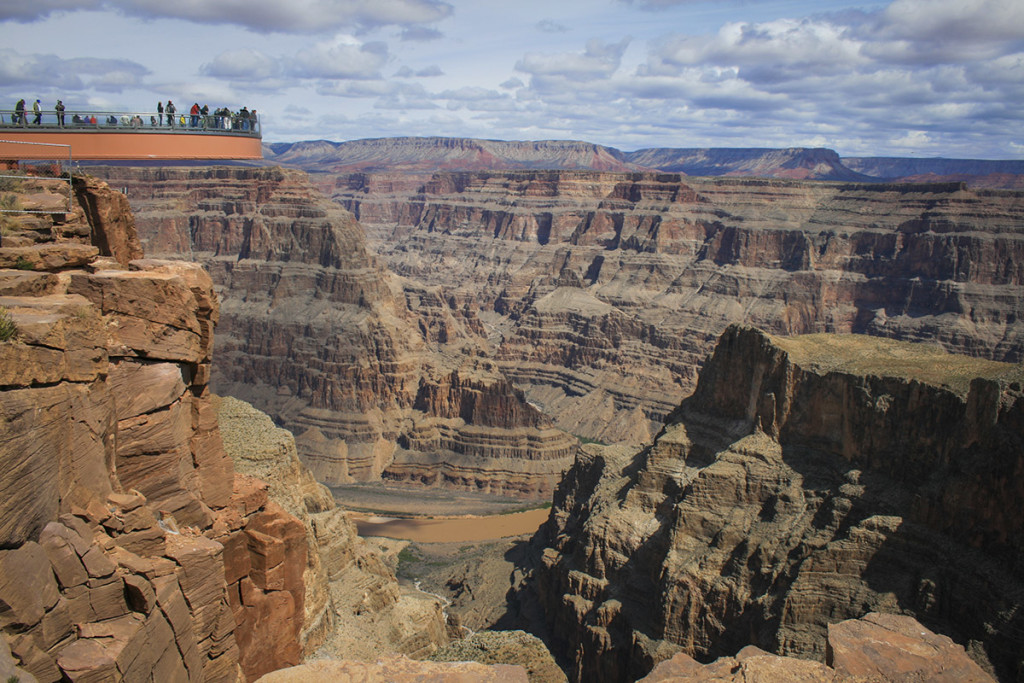 ARIZONA, USA
Arizona was the last of the contiguous US states to join the union, and it has about one-quarter of its territory made up of Indian reservations

We discovered the Grand Canyon Skywalk on the very first day it opened in March 2007. It was a media-only event, where journalists from all over the world could experience firsthand the sensation of seeing the Grand Canyon from a totally different angle.

Members of the Hualapai nation, responsible for the project, were also available to answer questions. They are the Native-Americans who have been living in that area for centuries, way before European immigrants set foot on the east coast.

I had already been to the Grand Canyon’s South Rim, which is north of Flagstaff, Arizona (but still a 5-hour drive from there) and was so looking forward to returning to one of my favorite viewpoints in the USA.

The first time I went to the Grand Canyon it was almost an 8 hour drive from Las Vegas. This was pre GPS and smartphones, and we had no idea it would take this long to arrive at the South Rim.

Now, it was much easier to travel from Las Vegas to the West Rim, where the attraction is located. It’s a simple 3-hour drive… if not less! At the time, the last part of the road was awful, as it was not paved and very dirty. But this was in 2007 and I heard from people that have been there recently that the problem is solved.

What most visitors are used to is to drive to the national park, pay the vehicle permit fee which covers all passengers, and enjoy the beautiful scenery.

However, the Grand Canyon West is privately owned by the Hualapai Tribe and everybody in the car must purchase one of the packages they offer, which include different activities at different price points.

INSIDER’S TIP
Pay attention, as the cheapest ticket doesn’t give access to the Skywalk.

When you choose the west side, it has to be for the cultural experience and the exchange with the members of the Indian reservation. If it’s simply for the Grand Canyon, remember that there are cheaper options. 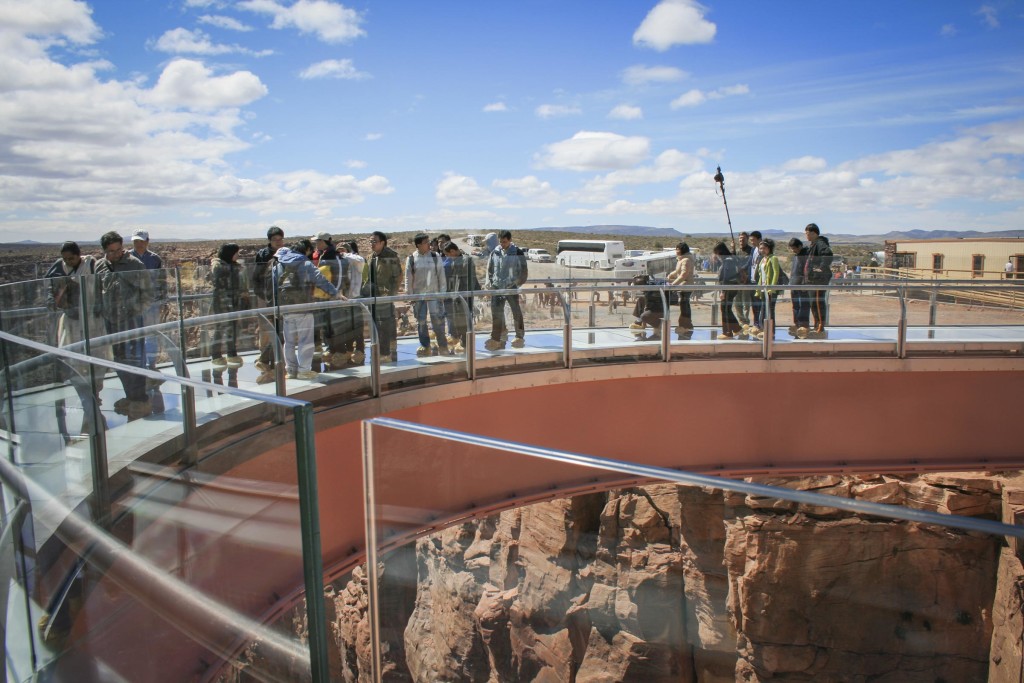 The Grand Canyon Skywalk itself

The Grand Canyon Skywalk is a transparent horseshoe-shaped bridge that extends for 70 feet (21 meters) inside the gorge. It is located about a mile above the Colorado River and its maximum occupancy at one time is 120 people.

Before heading to the west rim, there are a few more points you should be aware of:

Hualapai nation: Looking to the future

The Grand Canyon Skywalk was a 30 million dollar investment which generated much controversy both within the Hualapai nation and among environmentalists. No one knew for sure the long-term impact such project would have on nature, which is something still unknown today.

During our visit, we met Robert Bravo, Hualapai Tribe Council member, who walked me through the reasons behind their decision to move forward with the plan. Almost half of the 2 thousand members of the tribe were suffering from unemployment, alcoholism, lack of resources and opportunities. Their leaders decided to look into the future.

“The world is changing”, said Robert with a very proactive attitude. “You have to look at it in a positive manner hoping it does some good for us. It’s great to look at the past, and always respect what we’ve had, but always look at the future”.

I guess a lesson he learned through mutual collaboration with today’s Americans.

Hope you enjoy it too!